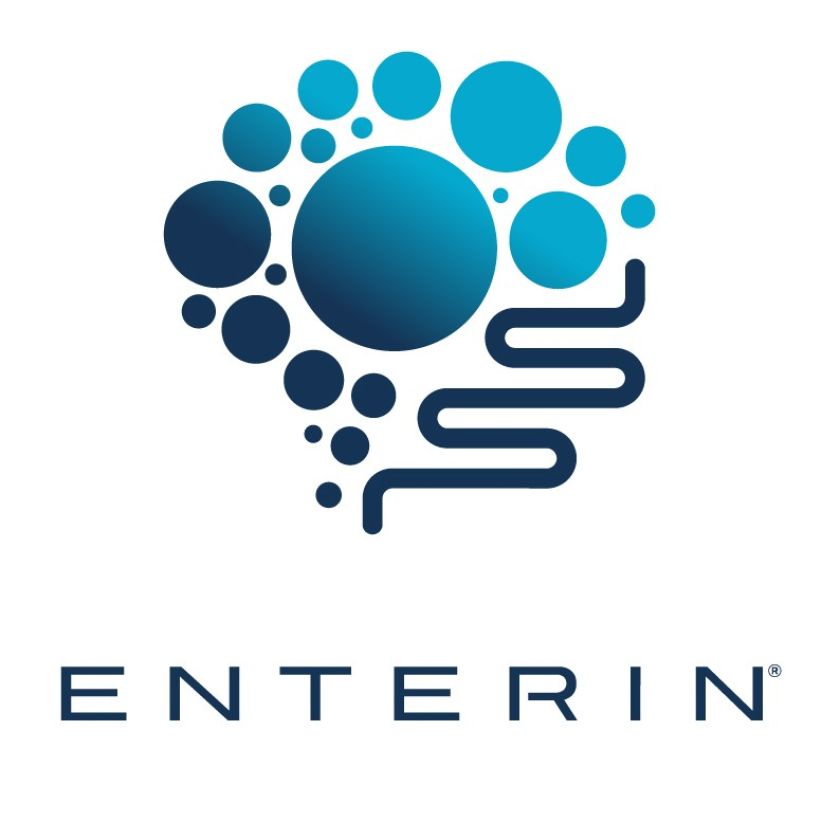 Enterin Inc., a privately held Philadelphia-based clinical-stage biopharmaceutical company pioneering novel treatments for neurodegenerative and metabolic diseases, announces the publication in Scientific Reports of a paper entitled “Identification of SSRI‑evoked antidepressant sensory signals by decoding vagus nerve activity.”
The vagus nerve is the major neural connection between gut and brain. Vast numbers of sensory signals originating in the gut are captured by the enteric nervous system (ENS) and conveyed to the brain via the vagus nerve. As a consequence, damage either to the ENS or the vagus nerve can have significant GI as well as neuropsychiatric consequences.
Serotonin (5-hydroxytryptamine; 5-HT) is an important neurotransmitter both in the central nervous system (CNS) and the ENS. Furthermore, 95% of the body’s serotonin is produced in the GI tract. Serotonin is involved in GI-related functions such as neurogenesis, epithelial repair, GI secretions, and gut motility. Serotonin also has an excitatory effect on the vagus, regulating important CNS functions such as appetite, sleep, and mood.
Orally administered selective serotonin reuptake inhibitors (SSRIs) such as sertraline or fluoxetine exert their anti-depressant action by stimulating the vagus nerve (at least in mice) and severing the vagus nerve abolishes the anti-depressant effect. Unlike SSRIs, the anti-depressant effect of bupropion, a dopamine-norepinephrine reuptake inhibitor, is not mediated by the vagus nerve, nor is the effect abolished by vagotomy.
While vagal nerve fibers are known to be stimulated by SSRIs, how exactly they encode a specific “anti-depressant signal” (as opposed to say, a depressant signal) is unknown.
This study by West and colleagues at McMasters University’s Brain Body Institute and scientists at Enterin Inc., using recordings from single vagal fibers, demonstrated that SSRIs evoked unique firing patterns, consisting of increased spike frequency, burst duration, intra-burst spike interval and decreased gap duration between bursts. This pattern of firing was significantly different from the firing pattern produced by bupropion, which evoked an increase in all four firing parameters.
Pharmacological silencing of ENS cells abolished the “antidepressant code” induced by application of sertraline, indicating that sertraline’s effect on the vagus is mediated by the ENS.
“Our work demonstrates that electrical signals generated by the nervous system of the gut can influence complex behavioral states,” says Wolfgang Kunze, Ph.D., the senior author of the study. “Our discovery identifies, for the first time, a unique gut-brain signal carried by the vagus that can improve a specific neuropsychiatric symptom. We believe that our research will ultimately lead to the development of more effective treatments for neurologic diseases.”
Squalamine, a shark-derived aminosterol discovered by Enterin’s co-founder and CSO, Michael Zasloff, MD., Ph.D., produced an antidepressant code comparable to that evoked by sertraline. A synthetic version of this compound, ENT-01, is currently in Phase 2 clinical trials in patients with Parkinson’s Disease.
Dr. Zasloff commented, “We have recently shown that squalamine inhibits the monoamine reuptake transporter, inhibiting the reuptake of serotonin as well as dopamine and norepinephrine. Preventing the reuptake of serotonin in the GI tract would increase the amount of serotonin available to stimulate the ENS and vagus and would explain the serotonergic signal observed in the single fiber recordings.”
According to Enterin’s co-founder and CMO, Denise Barbut, MD., FRCP., “The serotonergic vagal signal observed following application of squalamine may explain the improvement in depression, dementia and psychosis we have observed in preliminary studies in patients with Parkinson’s Disease.” She added that Enterin is initiating further clinical studies specifically addressing PD-related dementia and PD-related psychosis.
The paper can be accessed at: https://www.nature.com/articles/s41598-021-00615-w
About Enterin Inc.
Enterin Inc. is the first company to develop novel compounds that repair the dysfunctional gut-brain axis in patients with neurodegenerative diseases. Enterin Inc. is pioneering the medical community’s understanding of the link between infections, dysfunction of the ENS and the onset and progression of neurodegenerative disease. Enterin’s lead compound, ENT-01, displaces membrane-bound alpha-synuclein (αS) aggregates from nerve cells in the ENS and improves neural signalling between the gut and the brain. Enterin Inc. is now progressing ENT-01 through Phase 2 clinical trials in an attempt to reverse the neurologic symptoms of Parkinson’s Disease. The second compound, ENT-03, increases insulin sensitivity by acting at the level of the brain and acutely normalizes blood sugar in diabetic mice. ENT-03 is being developed for the treatment of diabetes, obesity and Alzheimer’s disease. Studies in humans are expected to begin in H1 2022.
For more information, please visit www.enterininc.com.
Contact
Enterin Inc.
info@enterininc.com
Source: Enterin Inc.