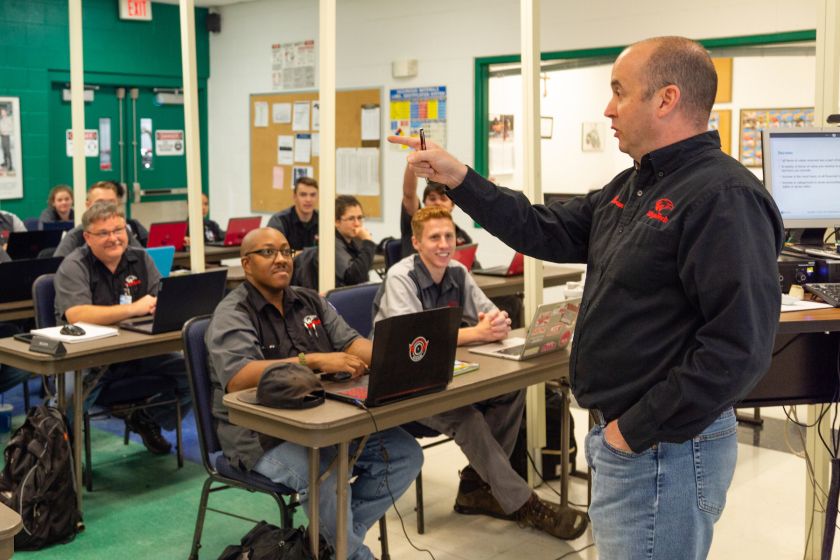 Enrollment in trade schools is seeing record growth, with numbers almost doubling between 1999 and 2016, according to an October report from the National Center for Education Statistics. Additionally, the James G. Martin Center for Academic Renewal found that trade school enrollment grew from 9.6 million in 1999 to 16 million in 2014.
WyoTech, a Laramie, Wyoming-based diesel tech and auto mechanic trade school, is evidence of this growth. The vocational institution reported enrollment as of October 2021 at 685 — growing by more than 2,300% in three years.
26 students were enrolled in WyoTech in October 2018. Enrollment shot up to 228 in 2019, 488 in 2020, and 685 this October.
WyoTech’s growing enrollment is not only a sign of the economic times and job market, but also the value that students see in the automotive and diesel trade school. Skilled workers are in higher demand than ever before.
The demand for skilled workers is only growing due to the supply chain worries gripping the nation. An article from Medium states 81% of the automotive industry is concerned about visibility in the supply chain. This is due to parts either manufactured in-house or sourced from a third-party manufacturer.
“The growth of WyoTech, as well as other trade and vocational schools across the nation, is a sign of the changing times within the U.S. job market,” said WyoTech President Jim Mathis. “There has been a growing emphasis on skilled labor, as those jobs remain unfilled the longest.
“The education and experience provided by trade schools, such as WyoTech, is unmatched, provides employers with skilled labor, and students an education that you cannot get from a traditional four-year education institution.”
The rise of trade school enrollment comes as college enrollment numbers continue to fall. Data from the National Student Clearinghouse Research Center found enrollment rates have continued to decline since the beginning of the COVID-19 pandemic and show no signs of recovering from last year’s declines.
Undergraduate enrollment fell about 3% since fall 2020, nearly the same as last year’s decline. The total enrollment of both undergraduate and graduate students fell by more than 2% — a two-year drop of almost 5%.
More than half of U.S. colleges and universities, representing 8.4 million students, reported data to the National Student Clearinghouse’s report.
WyoTech is preparing for anticipated growth by expanding its current facilities by 90,000-square-feet in the next 12 to 18 months.
“Our recent land acquisition is another sign of our continued commitment to making WyoTech the premier automotive and diesel trade school in the nation,” said Mathis. “WyoTech’s focus is, and will always be, the students and their future. Planned expansion will enable WyoTech to provide an expanded curriculum and handle an influx of students seeking training.”
About WyoTech
WyoTech, formerly known as Wyoming Technical Institute, is a for-profit, technical college founded in Laramie, Wyoming, in 1966. WyoTech provides training programs that prepare students for careers as technicians in the automotive and diesel industry with nine-month training programs that focus on hands-on experience.
Contact
Mike Albanese
Mike.albanese@newswire.com
Source: WyoTech