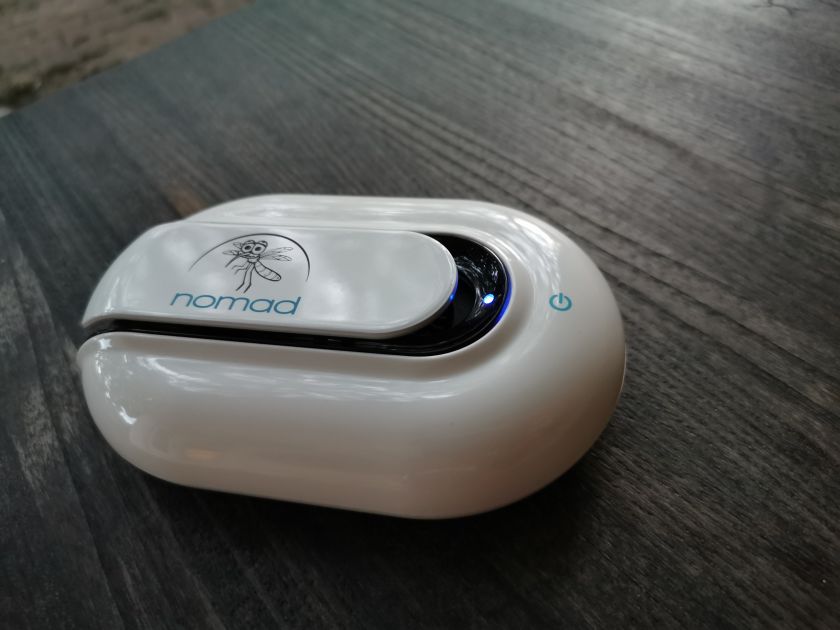 Today LIFTS (Living It For Total Satisfaction) announced that they are launching a crowdfunding campaign on Kickstater with their NOMAD, an electronic mosquito repellent manufactured in Canada. The NOMAD’s unique revolutionary technology alters the natural electric field just enough to upset the mosquito’s olfactory system, rendering humans “invisible” and bite-free. The Nomad is designed to sit on a tabletop and can be placed anywhere in or around the house where mosquitos are a problem. Thanks to its lithium battery, the Nomad recharges in three hours and runs for 24 hours. The natural process does not require anything else.
You may have doubts that the NOMAD can do what it promises, says Luc Deschamps, LIFTS CEO. Here’s what a client had to say, “I went out on the gallery and was immediately surrounded by dozens of aggressive mosquitoes. I turned on the NOMAD and was surprised to see that after 2 to 3 minutes they had stopped landing on me and were just flying around, apparently blind to my presence. Within five minutes the mosquitos were gone. Wow. It works!”
The Pasteur Institute Laboratory tested NOMAD and reported a 100% success in mosquito bite prevention. Safe for humans, the Nomad works on pets as well.
The 30-day Kickstarter campaign starts Thursday, May 13. Take advantage of this opportunity to get the NOMAD at a very low cost while supporting LIFTS’s NOMAD development and global expansion. Just click on this link to see the Kickstater presentation page: https://bit.ly/3tCkGzS
Contact:
Luc DeschampsPhone : +1 514 962 4477 Email : nomad@lifts.life
#########
Source: Living It For Total Satisfaction (LIFTS)