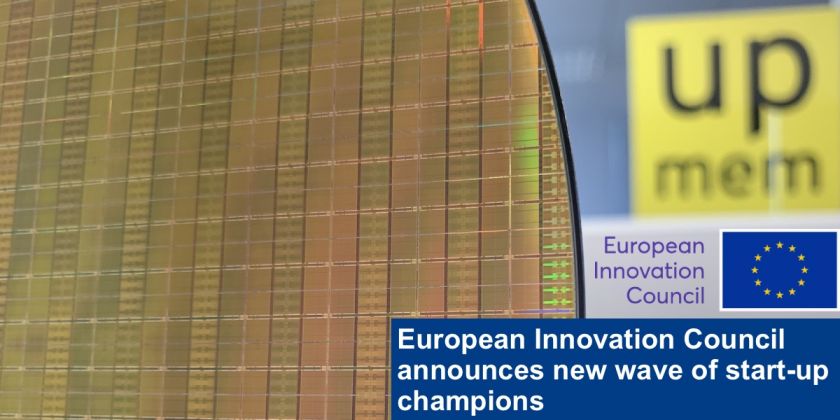 This highly selective mark reflects the unique and massive potential for UPMEM and its Processing in Memory (PIM) semiconductors technology.
The EIC support will allow UPMEM PIM technology to drastically reduce the energy and hardware footprint of digital services and data centers, while unleashing new valuable services in areas such as genomics or AI. This efficiency breakthrough is a priority since data centers are set to account for 10% of the worldwide electricity consumption by 2030.
PIM, as the next-generation computing architecture for big data and AI, will become a key technology in the computing node for datacenters and edge computing. PIM is a unique opportunity to bring back Europe in the most demanding segment of the strategic semiconductor industry.
The access to a EUR 2.5M grant, and up to EUR 15M in equity will allow UPMEM to grow its team from 24 persons, based in Grenoble, Paris (France) or remotely in European countries, to about 100 persons by the end of 2023. UPMEM semiconductor architects, software engineers and commercial team will build, produce and sell the intelligent memory of tomorrow. They will nurture a new software ecosystem that will leverage the exceptional programming accessibility and scalability of UPMEM PIM.
UPMEM key achievements helped convince the EIC jury. The first chip and programmable solution produced by UPMEM, successfully demonstrated exceptional benchmarks on large-scale use cases – genomics, analytics, databases, search engine, AI and image processing. They result from collaborations with top-tier global customers: application owners and cloud services providers as well as IT labs in Europe and worldwide. The manufacturing and server eco-system built by UPMEM, and its ability to leverage and expand industry standards, allow for the scalability that UPMEM is aiming at.
Thanks to the EIC trust in UPMEM, the company will assert its pioneer and leading position in PIM. Most servers running data-intensive applications behind digital services are expected to be equipped with UPMEM PIM memory by 2030.
For more information or work opportunities do not hesitate to get in touch with UPMEM: contact [at] upmem.com
Press release from the EIC: https://ec.europa.eu/commission/presscorner/detail/en/ip_21_5225
Source: UPMEM