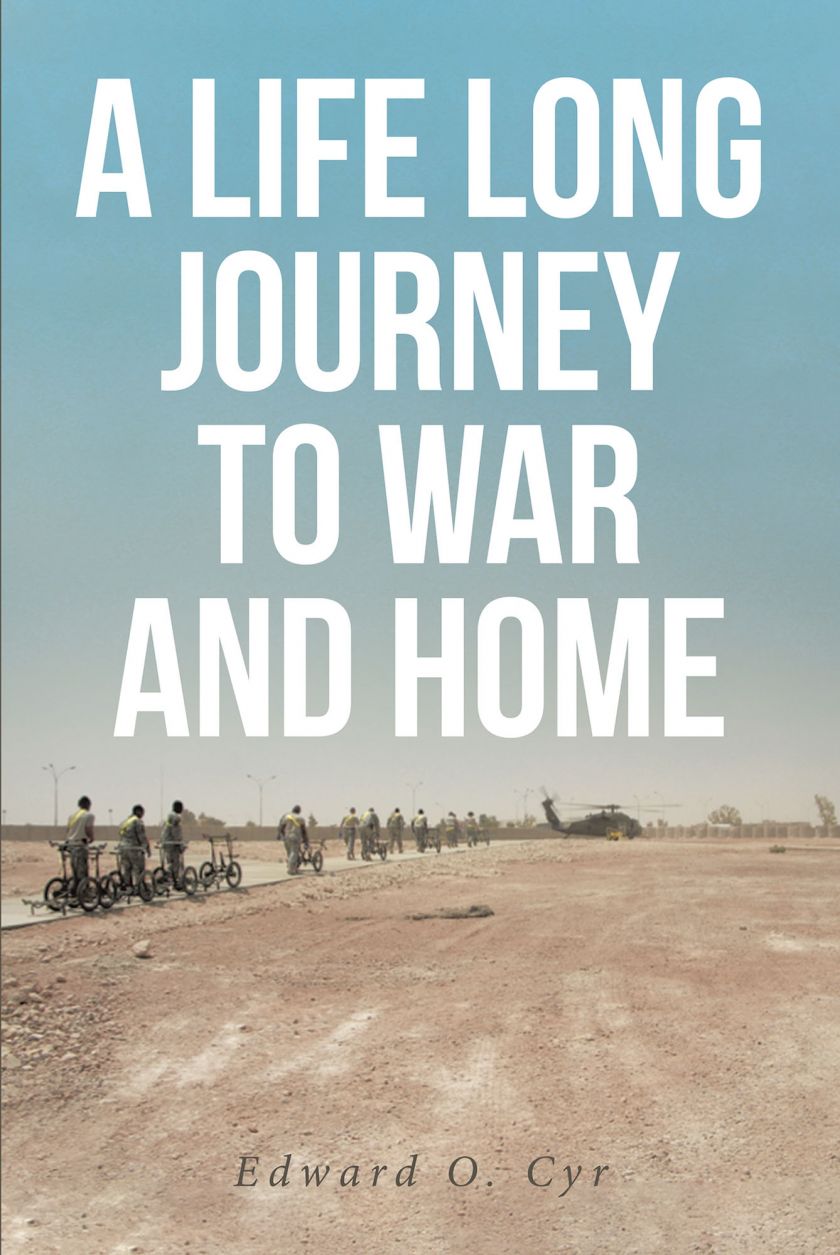 Edward O. Cyr, a retired US Army Nurse Corps Colonel and nurse anesthetist, has completed his new book, “A Lifelong Journey to War and Home”: a beautiful retelling of a journey that passes through the battles in the war zones and the battles of life itself.
Edward writes, “Edward ‘Eddie’ Cyr, MSN, explores his life long journey, from a background as a second-generation immigrant to US Army colonel and nurse anesthetist in a war zone within the War on Terror, through his three deployments. His journey to his military career and experiencing war was influenced by his first generational French Canadian father, with his six brothers, along with his mother’s two first generational Italian brothers who all served in World War II. He experienced the tribulations of growing up in the 1950s and ’60s in a multicultural ‘Greatest Generation’ family, which had a strong sense and pride of military service. Eddie early on experienced learning disabilities, which were not initially recognized, while being the first in his father’s family to graduate from college. Eddie met his wife, Patricia, in college, in the nursing program that they both matriculated. Their marriage is blessed with five daughters and eleven grandchildren. This journey explores the decisions and difficulties from a young childhood through adulthood into his post military career. His committing to both a military and civilian career while navigating the difficulties of three deployments both in the war zone and multiple serious issues at home. It is a story of belief in self, determination, the love of a spouse and family, his military family and friendships, along with the advantages available to each of us if we trust in God and Country, all the while willing to work for what we believe we can accomplish. This is his story of not only of war and the issues of separation from family, but how he developed his desire to serve in uniform from the very beginning.”
Published by Covenant Books of Murrells Inlet, South Carolina, Edward O. Cyr’s new book is a well-written and stirring journal about his life that will show readers how he was able to serve God and his Country after all the difficult years he faced.
Readers can purchase “A Lifelong Journey to War and Home” at bookstores everywhere, or online at the Apple iTunes store, Amazon, or Barnes and Noble.
Covenant Books is an international Christian owned and operated publishing house based in Murrells Inlet, South Carolina. Covenant Books specializes in all genres of work which appeal to the Christian market. For additional information or media inquiries, contact Covenant Books at 843-507-8373.
Source: Covenant Books