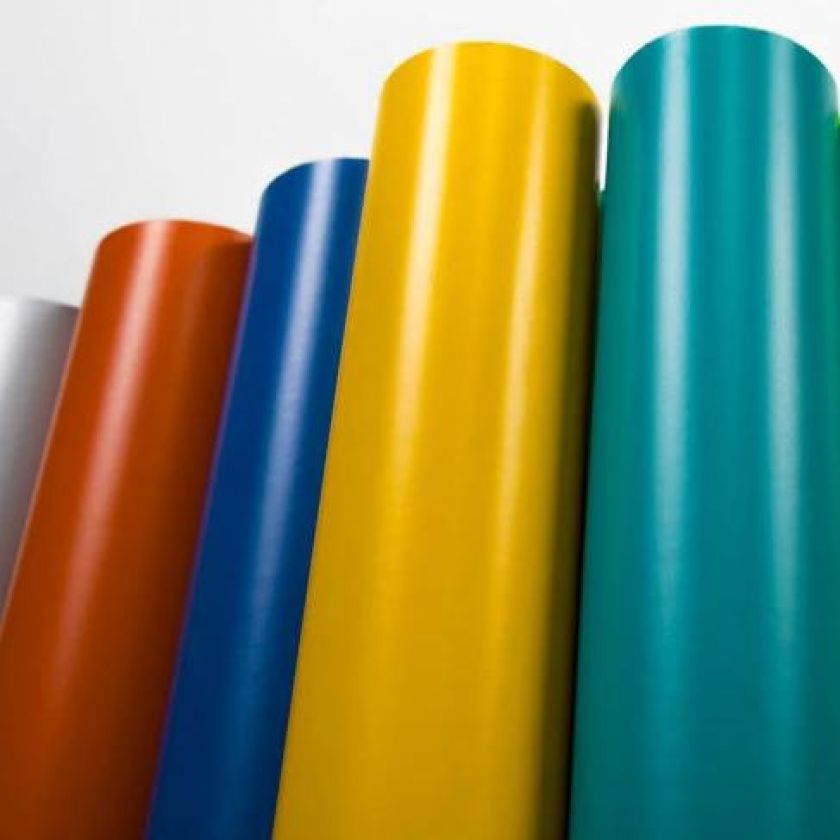 Eco-Friendly Crafts has brought a laser-safe PVC-free vinyl to the United States that provides an eco-friendly alternative to the popular PVC craft vinyls. This further positions the company as a leader among craft supply companies in providing ecologically-safe, green options for the environmentally responsible crafter.
PVC-free vinyl from Eco-Friendly Crafts meets all European Union standards for environmentally-friendly products, which are far more stringent than those in the United States. Perhaps even more attractive is that this PVC-free vinyl is quite affordable. It is, in fact, available at a price similar to that of standard and commonly-available PVC-containing vinyl.
PVC is the most common form of plastic in the world. It’s also the most damaging to the environment. Governments across the world are taking action to eliminate it entirely from production. It contains the toxic chemical dioxin, which is a known carcinogen and has been linked to reproductive problems in lab animals. It also emits phthalates, which are also classified by the World Health Organization (WHO) as carcinogens. These chemicals are deliberately used in PVC due to their ability to increase transparency, longevity, durability, and flexibility, exactly what makes the material attractive to crafters.
Says Jill Bridges, owner of Eco-Friendly Crafts: “I purchased a Cricut Maker when they first were released, and followed the advice of fellow online crafters and purchased a box of the popular craft vinyl to start making vinyl decals. When the box arrived, the chemical smell was over whelming. I closed up the box and started researching, and was shocked by what I found.”
After several years of research, Jill and her team uncovered the eco-friendly vinyl the company now carries, and has negotiated it at a price point that allows it to be made available at a very affordable rate, comparable to the vinyl products that are sold at big name craft stores.
Jill goes on to discuss why she realized this offering was so important, stating that not long after buying her own Cricut Maker, “in a un-official Cricut Facebook group, a young mother posted images of the decals she made for her infant son’s cranial orthotic. I realized that getting word out about the risks was urgent, but without an alternative in place most people would simply ignore the risks.”
Now, with PVC vinyl from Eco-Friendly Crafts, that alternative is available.
Source: Eco-Friendly Crafts