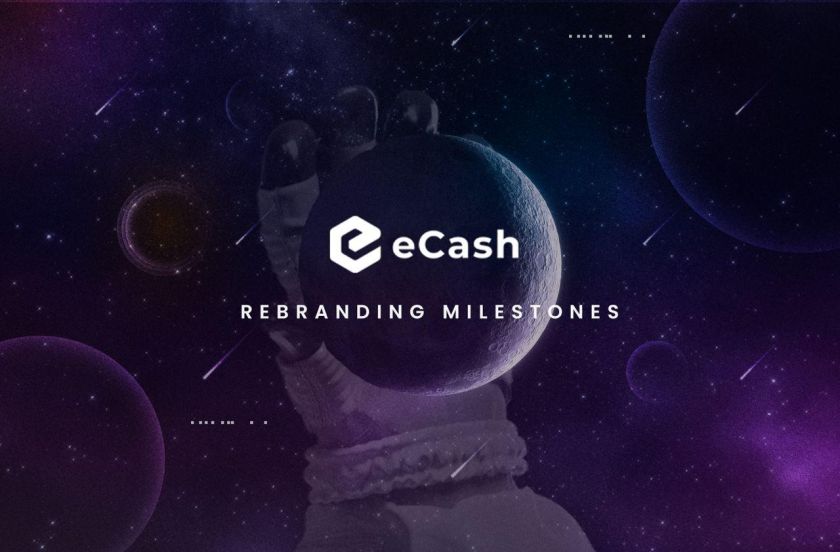 eCash (XEC) is officially celebrating the completion of its cryptocurrency rebranding, with a modern logo, ticker symbol and top exchanges to trade and invest on. This effort is a continuation of the development team’s vision and core values, who were also the brains behind Bitcoin Cash’s creation back in 2017. With a sincere commitment to longtime supporters and investors, they’ve propelled forward with a bigger and better version of their original project. eCash is an electronic currency that will redefine wealth, economic freedom and digital accessibility to people all over the world.
Now that traditional financial institutions and hedge funds are also dipping their toes into a $3 Trillion cryptocurrency market, there is bigger support for decentralized platforms across all fronts, with a huge appeal for investing in digital currencies. The team working behind eCash has reached another level of perfecting the earliest concepts of peer-to-peer digital currency, leveraging Avalanche technology protocol for the eCash network. This Avalanche consensus algorithm can provide faster transactions than Bitcoin in less than 3 seconds, enhance safety and privacy during the entire process and deliver fork-free upgrades to maintain coin and ecosystem stability.
eCash’s goal is to democratize the playing field for everyone to have access to their own money, regardless of geography and socio-economic status. The value of digital cash serves the same purpose as fiat with even more benefits; fiat is regulated by authorities, risked by inflation and plagued by the dying relevance of physical money. eCash users do not need a bank account or credit card company to do peer to peer transactions anymore. Its standard is to offer low to zero fees and not store purchasing information details between users. eCash offers itself as a digital currency with intrinsic value, serving as a tool & investment vehicle to trade for more resources and education in one’s daily life.
Within such a short amount of time, eCash has gone through many improvements since its fork from Bitcoin Cash, by changing to small denominations at 2 decimals for easier transactions, compared to Bitcoin and Bitcoin Cash’s 8 decimals. The development team has made good progress on the eCash technical roadmap, with over 1900 commits to the code repository in the last year. They have also improved and enhanced the Cashtab and Electrum ABC wallets, making it more convenient for people to use eCash and have control over their coins.
eCash’s coin launch has proven to be quite profitable over the past year, with price appreciation of +1800% since November 15th, 2020 when it split from Bitcoin Cash and became its own project and +550% since July 1st, 2021 when there was a rebrand launch from BCHA to eCash. Earlier investors of BCHA have benefited greatly, with the redenomination of 1 BCHA = 1 Million XEC. Traders will be happy to know that XEC is now listed on over 30 exchanges after rebranding e.g. Binance, Huobi and Coinex. The appeal of investing in eCash (XEC) is its fixed supply of 21 Trillion XEC – it has low inflation characteristics compared to many other coins, which can help it retain value over time. There are now over 20 press articles of news coverage on eCash’s rebranding, with more updates in the coming months.
eCash team is pleased to share their big roadmap update with users right now. This is a huge leap forward in the future they envision in a more financially accessible and digitally involved world. As a big homage to Milton Friedman, a “reliable e-cash” that he so hoped for over 20 years ago where people could transfer funds without knowing each other, is a dream coming true. For more information, e-mail inquiries to pr@e.cash. Follow eCash’s newest updates on Twitter @eCashOfficial and join their growing community on Telegram @ecash_official.
Source: eCash