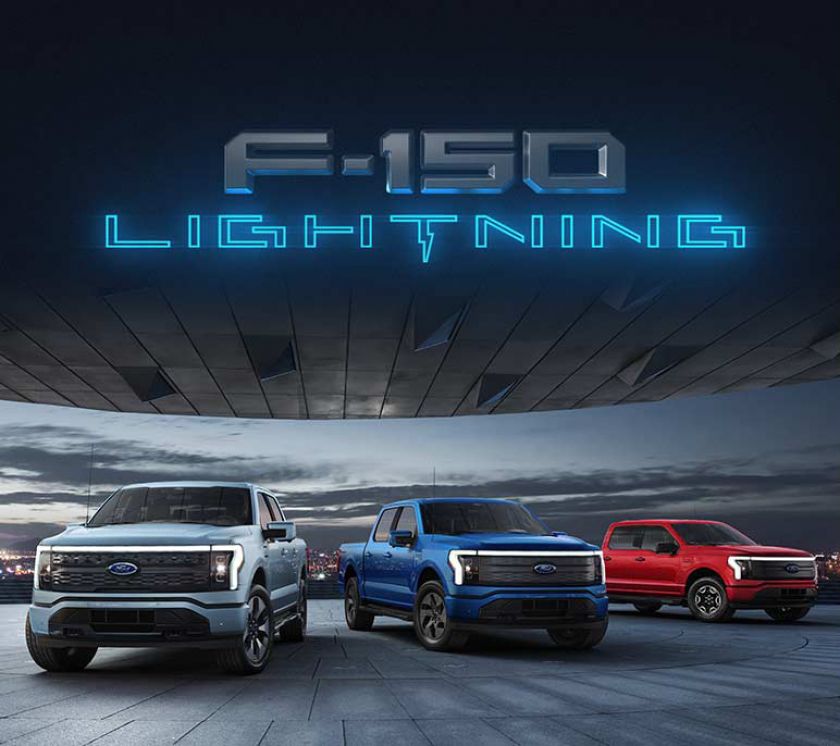 An all-electric Ford F-150 is coming soon, and it is defying expectations in terms of the expected price and the expected horsepower. The official announcement was made at Ford World Headquarters in Detroit. This surprising development places Ford at the forefront of electric commercial vehicles. It will now have an E-Transit electric van and the revolutionary 2022 Ford F-150 Lightning Pro.
“At Earnhardt Ford, we love trucks,” said General Manager John Nissen. “So we had the same worry that everyone has had. When would we get an electric F150? And would it be as good as the gas and diesel F150s? We are thrilled to say that Ford engineers have created a truck that can be released by next year. Furthermore, that truck will be as strong or stronger than the mid-tier F150s today.”
While the range was once a difficult subject for electric cars, the Lightning Pro can promise a standard range of 230 miles. A battery upgrade allows for a 300-mile range. Online registrations have already started at Earnhardt Ford, one of 2,300 EV-certified Ford dealers.
Earnhardt Ford is already building for the future with its current remodel plans. This will make it better to serve its Phoenix Metro Ford shoppers.
Unlike some electric vehicles, the Lightning will have more horsepower than many of its counterparts. The projected capacity of the dual-motor system is 426 horsepower and 775 pound-feet of torque. The introductory price is expected to be just under $40,000, and it will come with a 32-amp Ford Mobile Charger. An expected federal tax break should bring the price down even more.
With the stronger battery, its capability is projected to be 563 horsepower. It is expected to tow up to 10,000 pounds while the standard Lightning is expected to tow up to 7,500 pounds.  Payload is expected to top out at 2,000 pounds.
“Businesses will appreciate that maintenance costs are expected to drop by 40 percent over eight years and 100,000 miles,” said Nissen. “Furthermore, operational costs should be reduced through a big drop in fuel costs.”
The first Lightning will have a 5.5-foot rear cargo bed, the spacious, two-row SuperCab, and the truck’s first trunk in place of the gas engine. This Mega Power Frunk is a secure 14.1 cubic-foot hold that can tote up to 400 pounds.
Ford already introduced a 3.5-liter PowerBoost Full Hybrid V6 engine for the 2021 model year.  This combines gas and electric power to produce 430 horsepower and 570 pound-feet of torque. Furthermore, the F150 is offered in Ecoboost, V6, and V8 engines. Capability starts at 290 horsepower with the 3.3-liter V6.
Media Contact:
Earnhardt Marketing
Email: Press@Earnhardt.com
Source: Earnhardt Auto Centers