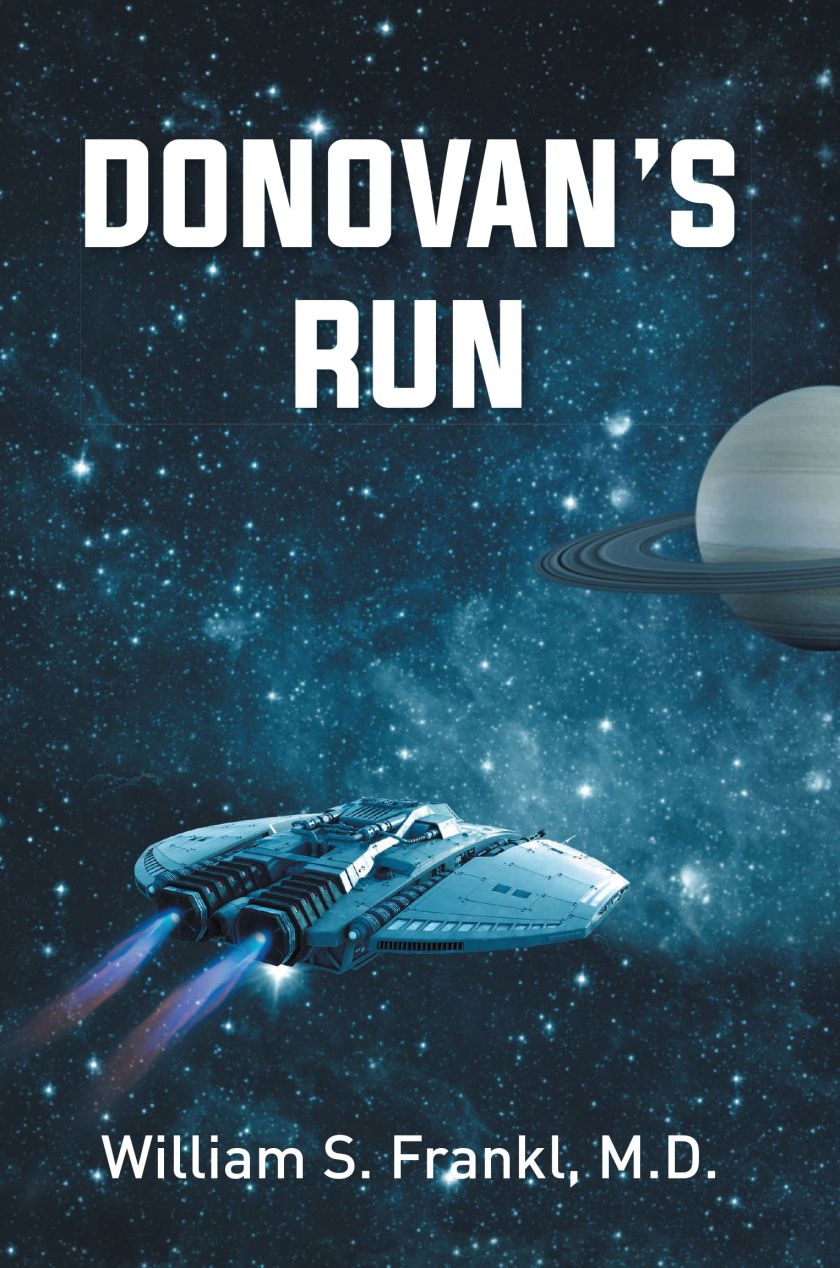 Fulton Books author William S. Frankl, MD; an academic cardiologist, a retired clinical professor of medicine, an author of fiction books and dozens of short stories, has completed his most recent book “Donovan’s Run”: an enthralling sci-fi adventure where the concept of time is very much essential to make the story move forward. In search of the sentient beings residing in the vastness of the universe, an acclaimed astrophysicist and notable minister, wanting to prove God’s existence, ventures out on a seemingly impossible journey beyond the solar system and galaxy. Do aliens really exist? Is there really a God out there?

Dr. Frankl’s “Donovan’s Run is a fantastic, thrilling, and mysterious trip through time and space. Two men begin the story: James Donovan, a renowned astrophysicist, and Charles Campbell, a prominent minister, both with a deep interest in the search for sentient creatures in our universe. Donovan desires to find alien life in order to learn from such creatures, as did Campbell, but who also wishes to find God in the cosmos.
Thus, begins a tale involving present-day efforts by Donovan to launch a probe into space to carry Bach’s Mass in B Minor for any sentient alien life forms, who might find the probe, understand that humanity meant them no harm and come from an advanced intelligence capable of creating such magnificent music.
The story progresses into the future with progeny of Donovan and Campbell. After recurrent nuclear wars, pandemics, and worldwide famine, peace returns to Earth, a new religion is born, as is a magnificent space program that ultimately allows humanity to conquer our solar system, and then the Milky Way Galaxy. However, despite every human effort, no sentient alien creatures, or God, are found, leading to the degeneration and death of humanity.”
Published by Fulton Books, Donovan’s Run is a rip-roaring ride of space adventure with the right amount of mystery and humor. It is a great read that shows how humanity has the ability to regenerate even after a series of catastrophic events that led to its demise.
This spectacular science-fiction will surely tantalize the reader’s mind.
Readers who wish to experience this impressive work can purchase “Donovan’s Run” at bookstores everywhere, or online at the Apple iTunes Store, Amazon, Google Play or Barnes & Noble.
Please direct all media inquiries to Author Support via email at support@fultonbooks.com or via telephone at 877-210-0816.
Source: Fulton Books