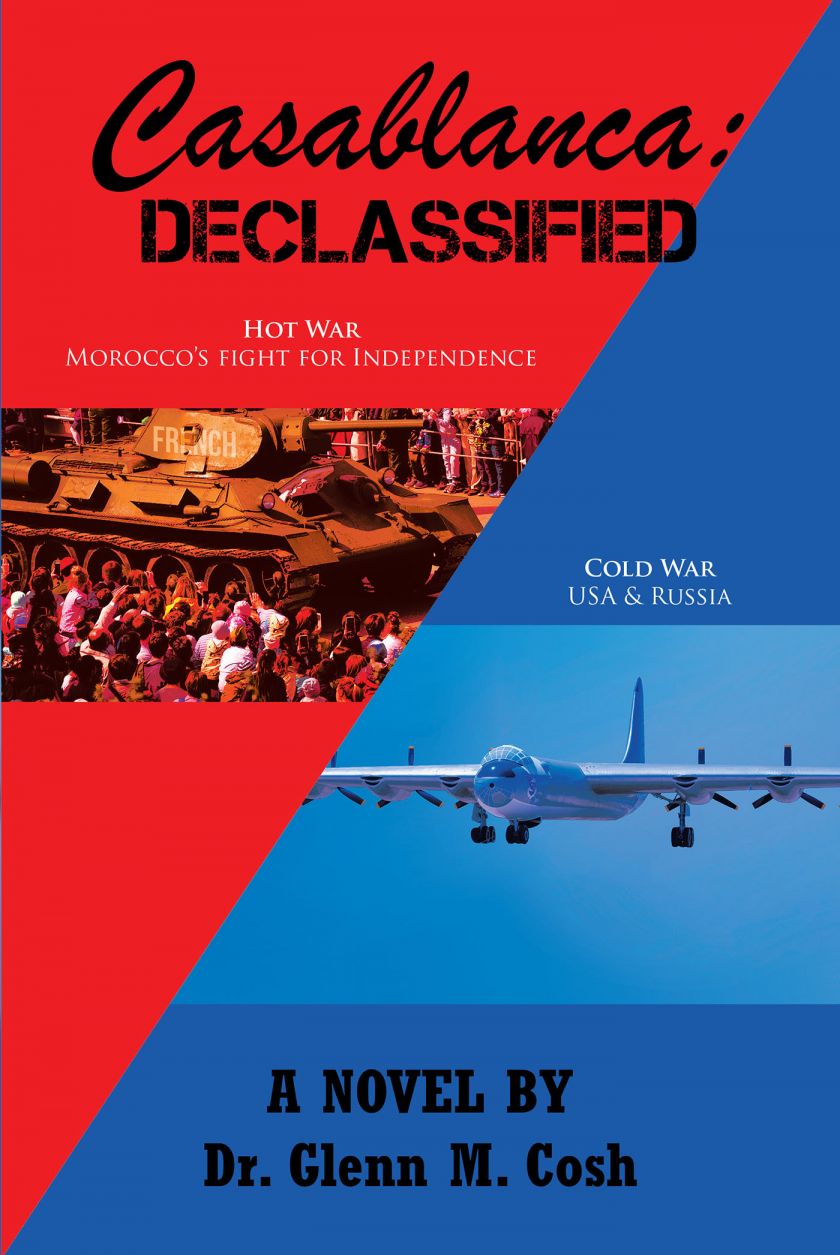 Dr. Glenn M. Cosh, a board-certified family physician, a Fellow in the American Academy of Family Physicians, a Senior Aviation Medical Examiner (retired), and the past president of the Colorado Academy of Family Physicians; has completed his new book, “Casablanca: Declassified”: a suspenseful novel that traces the exploits of countries and groups of intelligence personnel all vying for power in this riveting discovery of secrets and mysterious meetings.
Dr. Cosh writes, “Casablanca in the 1950s was a hotbed of secrets and intelligence gathering between the old world and the new. The hot war for the independence of Morocco and the Cold War between the United States and Russia were simultaneously being fought. The French were battling the Moroccan United Liberation Front, who sought independence from France. The United States had a nuclear-weapons presence in Morocco as a deterrent to the Soviet Union’s aspirations during the Cold War.
Set in the hypnotic vistas of North Africa and Europe, Casablanca: Declassified puts a human face on this confluence of powers and cultures, as it follows the exploits of individual American (CIA), French, Moroccan, and Soviet intelligence personnel (KGB), each jostling to get the upper hand in the high-stake games of diplomacy, international intrigue, suspense, spying, and romance. While two American airmen maintain complex nuclear weapons just below the surface, a Soviet spy network devises an ingenious way to infiltrate their base and gather intelligence on American nuclear capabilities. Meanwhile, the French attaché knows his nation’s imperial days in Morocco are numbered, but along with his American CIA friend continues to use their charm in pursuit of an American jazz singer.
Smoked-filled nightclubs, colorful Berber tribesman riding camels in the desert, unspoiled Casablanca beaches, postwar Italy and Germany, bar brawls in Gibraltar, Spanish bullfights, and airplane dogfights in the skies are just some of the dynamic landscapes of Casablanca: Declassified. Together, they offer a rare glimpse into the special and secret character of time and place that has been all but forgotten, yet whose legacy continues to reverberate to this day.”
Published by Covenant Books of Murrells Inlet, South Carolina, Dr. Glenn M. Cosh’s new book takes readers on an exciting ride into the dangers and chaos of Casablanca in the 1950s that culminated in intriguing, historic events.
Readers can purchase “Casablanca: Declassified” at bookstores everywhere, or online at the Apple iTunes store, Amazon, or Barnes and Noble.
Covenant Books is an international Christian owned and operated publishing house based in Murrells Inlet, South Carolina. Covenant Books specializes in all genres of work which appeal to the Christian market. For additional information or media inquiries, contact Covenant Books at 843-507-8373.
Source: Covenant Books