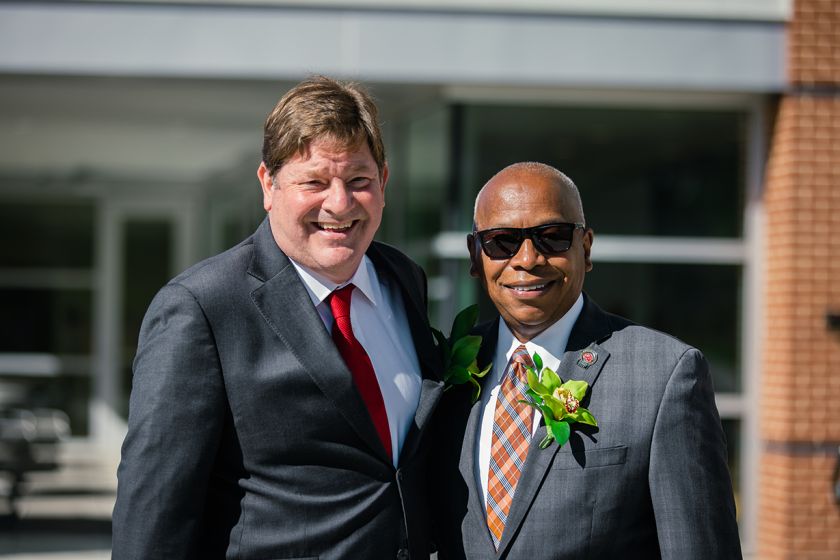 The Sumner Group, the agency responsible for video and media coordination for Dr. Charles Richardson, announced that Winston-Salem State University’s School of Health Sciences (SOHS) honored Boca Raton entrepreneur Charles Richardson during the WSSU homecoming Healthcare Legends of East Winston on Oct. 22, 2021. “We were pleased to recognize individuals who made healthcare possible at a time in our history when African American residents had very limited access to quality services,” said Dr. Peggy Valentine, SOHS dean. “As we celebrate Winston-Salem State University’s contribution to medical service, we are proud to honor some of our more recent pioneers in the field.” WSSU’s service dates to 1902 with the opening of the Slater Hospital on campus, the first black hospital in Winston. Through the event, our hope is to instill a sense of pride in the community surrounding WSSU and to shine a light on the early efforts and groundbreaking work to reduce racial and ethnic health disparities.”
One of the 2021 honorees is Dr. Charles Richardson. Dr Richardson is a visionary serial inventor and leader focused on life-saving technologies. He is the founder, chairman, and Chief Executive Officer of Cleveland Heart, which partnered with the Cleveland Clinic to develop the next generation of mechanical cardiac circulatory assist devices. He invented left & right ventricle assist devices and a total artificial heart. He was involved for 10 years in the discovery and development of the total implantable electric artificial heart with continuous flow.
His numerous awards include the Honorary Distinguished Science Award, given by the Parks and Ruth Secrest Foundation, a Cleveland Clinic Innovation Award, and recognition by the American Heart Association, American Chemical Society, and the American Stroke Association. Richardson created the vision for Cleveland Heart’s product strategies; including the design, engineering, and manufacturing of more-affordable electrical medical devices for mainstream consumers.
Dr. Richardson received his undergraduate degree from Winston-Salem State University; his MD from the Central America Health Sciences University School of Medicine; and his MBA from the University of South Carolina.
In an interview after the ceremony, Dr. Richardson reminisced, “WSSU was where it all began and the support from the faculty and staff was so instrumental. I am truly honored and humbled by this award and look forward to many years of continued association with WSSU.”
Contact: Michael Sumner  Email: msumner@sumnergroup.com. Phone: 704-747-5498
Source: The Sumner Group