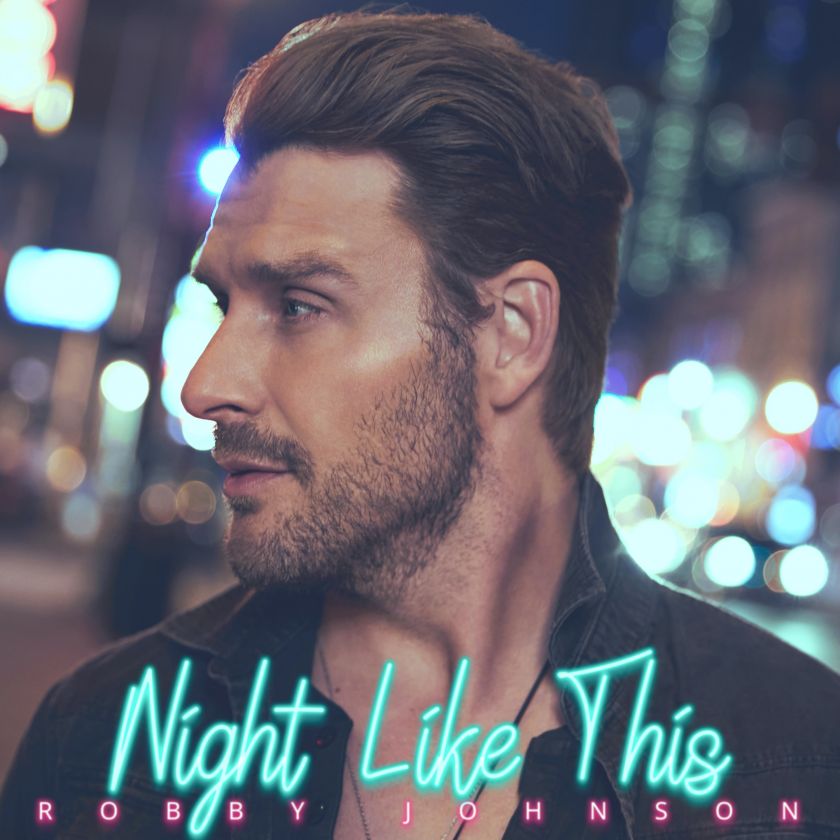 For his new song, “Night Like This,” Nashville-based country singer-songwriter Robby Johnson decided to shoot an uplifting music video in the streets and Honky Tonks of Downtown Nashville as a way to turn the page on a dark year and show that there’s a light at the end of the tunnel.
Robby wrote the song in about thirty minutes, right after his wife suggested he should write a song speaking directly to a girl using the words “girl,” “eyes,” and “kiss.” She told him that these words are always very sexy coming out of his mouth when performing live.
At first, Robby wasn’t really excited about the idea like, that’s never going to work… So, as a way to prove himself it was a bad idea, he took it very literally and just sang “Girl your eyes” over a chord progression he was fooling around with on his guitar. Little did he know that this combination of words would transport him directly into a bar with its neon lights, its drinks, its music, and that first eye contact that screams love at first sight. The song’s chorus also incorporates a reference to the 4th of July as it offers the most beautiful skies of the year and represents a turning point in history.
Looking back, Robby truly believes that the song was an answer to an inner void caused by the COVID lockdown. Therefore, shooting the video in the heart of Music City brought him closure and came as therapy. “I’ve been longing to go Dowtown and recharge my batteries with live music for a long time. Lower Broadway was the first place I visited after moving to Nashville, and I still get a kick out of it every time I go. I mean, where else in the world can you find great live bands stacked up in every corner or party in a rolling hot tub?” says Johnson who’s family is still dealing with COVID side effects. You can hear more about Robby’s encounter with COVID in the attached audio.
Music Video Embargo till May 1.
Jonson’s new song is set to release on Friday, April 30, on all digital platforms. You can now pre-save the song using this link: https://robbyjohnson.link/336
Longtime-supporter of Robby’s career, CMT will premiere the new music video on their online platform starting April 30. We invite all other outlets to release it on May 1.
About Robby Johnson
Nashville-based singer-songwriter Robby Johnson cumulates more than 9M views on YouTube. His first single broke TOP20 on country radio, and its music video won CMT Pure’s 12 Pack Countdown multiple weeks in a row. He has performed on the LATE SHOW with David Letterman and has opened for Keith Urban. His first album was a People Picks in People magazine, and his live show was said to offer the craziness and energy of Garth Brooks along with the sexiness and swagger of Keith Urban.
You can email Rick Roberts at rick@thenashvillerecordcompany.com for all media inquiries.
Visit www.robby-johnson.com or follow Robby on Twitter @RobbyJohnson, Instagram, and Facebook.
Source: Robby Johnson