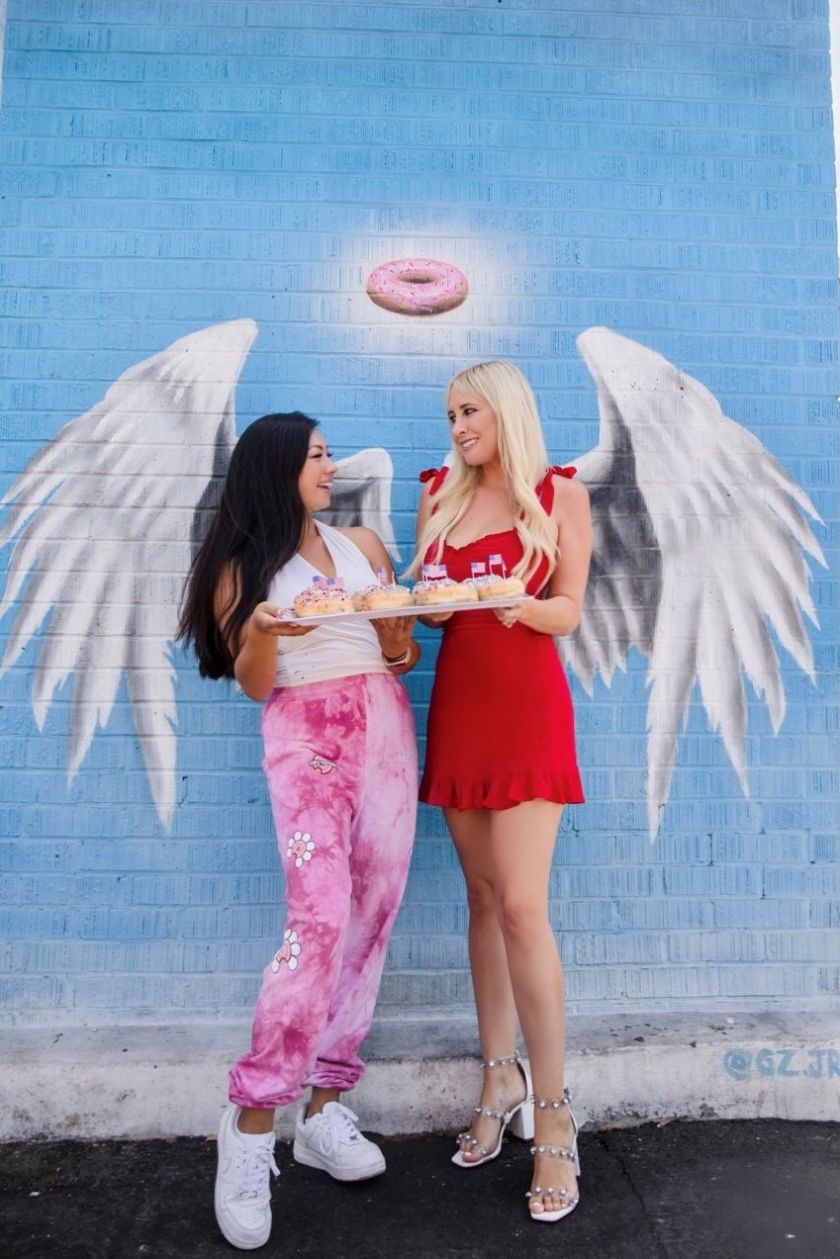 America is the land of the free, where immigrants come from all over in hopes to make their dreams a reality. Most people don’t know that nearly every independent donut shop in Los Angeles has a story — and many of the 700-plus Cambodian-owned shops started with a refugee named Ted Ngoy.
Recently, Alice Gu released her documentary, The Donut King, chronicling Ngoy’s journey to the American Dream — through his SoCal donut shop empire. After immigrating to America and tasting his first donut, he became obsessed with donuts. Ted soon got a job working at Winchell’s, which was then the dominant donut chain on the West Coast. After completing the company’s training program, they gave him the keys to his own Winchell’s franchise in Newport Beach. By 1976, Ted had saved up enough money to buy his own shop, which he named Christy’s.
Casey Winchell Napolitano, real estate broker, investor and great-granddaughter of Verne Winchell, the original donut tycoon, never knew the significance that Winchell’s Training Programs had on immigrants back in the 1970s until she watched Alice Gu’s “The Donut King” on Hulu. These training programs were set up by Winchell’s Donuts to give people a purpose and expand the empire. After trainees completed the program, they could get access to running their very own Winchell’s Donuts franchise. Ted planted strong roots for Cambodians to dominate the donut business.
Currently, Ted’s great-niece, Mayly Tao, self-proclaimed Donut Princess, is carrying on the Donut King legacy in a big way with her own donut shop, DK’s Donuts & Bakery in Santa Monica. Mayly’s shop has become an LA staple with their instragrammable and delicious donut concepts like the O-nut and Donut Bouquets, and her 120 different types of donut creations of traditional, specialty, and hybrid donuts. Mayly’s philanthropic spirit continued to shine through the pandemic, donating 5,000 meals to healthcare professional through her new initiative, “Lunchboxes for Love” and continues to donate to the homeless daily to fight world hunger.
“I felt so inspired and excited about my family history and donuts in general. My great-grandpa was always this elusive idol that I wanted to learn more about. My dad grew up in donut shops, and I have always dreamed of making donuts. I had never heard about this Winchell Training Program and the opportunity it gave to people to really succeed in America,” said Casey. “That’s when I contacted Mayly Tao, owner of LA’s hottest donut shop, Donuts & Bakery in Santa Monica. I said, ‘I want to make a special American Dream donut with you,’ and she was all for it.”
Casey and Mayly met and designed American Dream glazed donuts adorned with patriotic sprinkles, flags, and gold chocolate coins, celebrating this land of opportunity on this special Fourth of July holiday weekend. Proceeds from sales of American Dream donuts at DK’s Donuts & Bakery in Santa Monica will be donated to UNHCR, the UN Refugee Agency, a global organization dedicated to saving lives and protecting the rights of refugees. In addition, the Winchell family will match a donation to UNHCR for every American Dream Donut sold.
Source: DK's Donuts & Bakery in Santa Monica