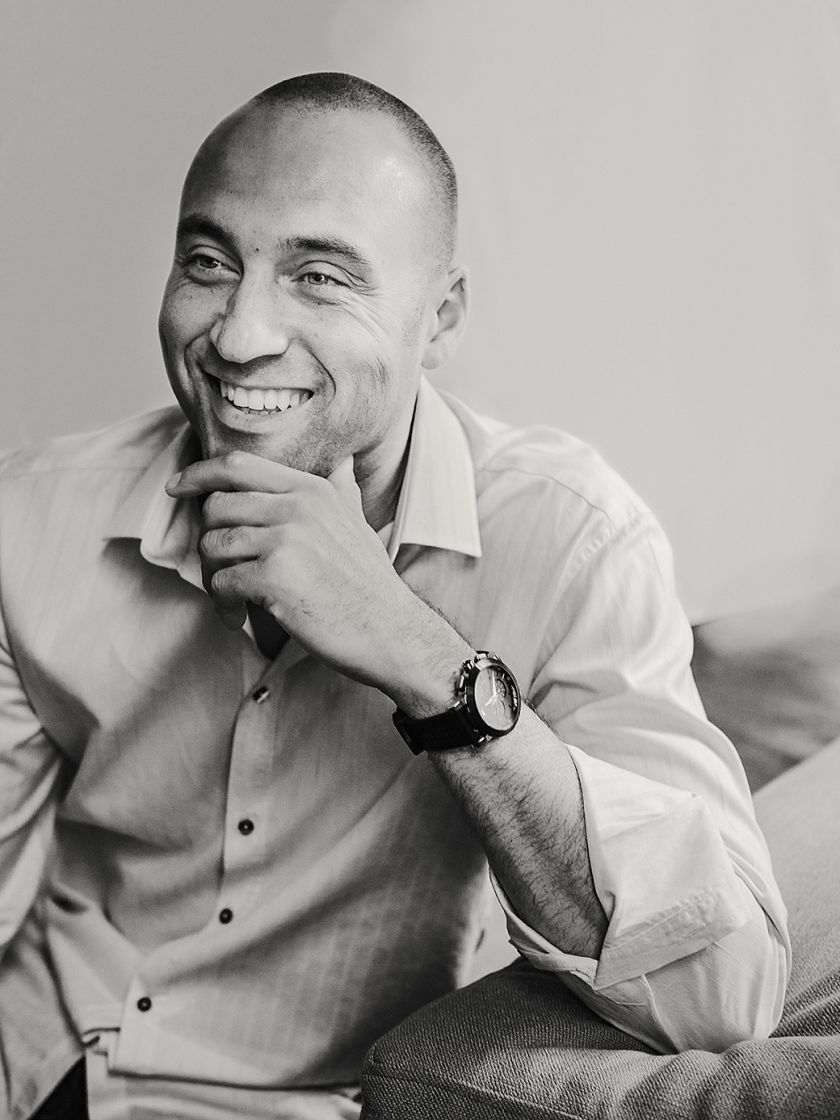 Louisville Slugger Museum & Factory will honor Baseball Hall of Famer, New York Yankees legend, and Miami Marlins CEO Derek Jeter with its 2021 Living Legend Award on Friday, November 12.   The special ceremony also kicks off the 16th Annual Louisville Slugger Museum & Factory Auction with Hunt Auctions, Inc. The award ceremony is a fundraiser for Jeter’s Turn 2 Foundation.
The Louisville Slugger Museum & Factory Living Legend award was created to honor a person whose career in baseball, and life outside the game, have taken on legendary qualities by virtue of his talents, achievements, and conduct. The celebration started in 2007 and is personalized each year for the recipient to make it an especially memorable and meaningful event.
“It’s an honor to be recognized by the great team at Louisville Slugger Museum & Factory with this award,” said Jeter.  “Louisville Slugger played a very integral role in my playing career, and I appreciate all that they have done for the game of baseball.”
Derek Jeter Highlights
Derek Jeter is one of today’s most celebrated major league baseball players. A five-time World Series champion and member of baseball’s exclusive 3,000-hit club, Jeter is a global ambassador for baseball and one of the greatest to ever play the game.
Jeter was a 14-time All-Star, five-time Gold Glove shortstop, and the 2000 World Series MVP. His accolades also include five Silver Slugger Awards, two Hank Aaron Awards, and a Roberto Clemente Award.
An incomparable leader both on and off the field, Jeter was born in Pequannock, N.J., and raised in Kalamazoo, Michigan. He was selected No. 6 overall by the Yankees in 1992 and quickly found success in the Major League. He won AL Rookie of the Year and helped the team win the 1996 World Series.
When he retired from the Yankees in 2014, he stepped away as one of the greatest to ever play the game. The Yankees retired his famous No. 2 jersey in 2017, and he was elected to the Baseball Hall of Fame in the Class of 2020, his first year on the ballot.
Jeter has remained close to baseball since stepping off the field. He was part of an ownership group that purchased the Miami Marlins in 2017 and became the franchise’s head of baseball operations and CEO.
“The honorees of our Living Legend Award were not only great players, they’ve also demonstrated lasting greatness beyond the ballfield. Derek Jeter has certainly had an incredibly positive impact on baseball and our culture that continues today. We’re thrilled to support his Turn 2 Foundation and celebrate him as this year’s Living Legend,” said Anne Jewell, Vice President and Executive Director at Louisville Slugger Museum & Factory.
Turn 2 Foundation
Outside of baseball, Jeter continues to be the driving force behind the Turn 2 Foundation, which he established in 1996 to give back to the communities with which he has a close connection, including West Michigan, Tampa and New York City.
He satisfies his passion for inspiring young people through initiatives — like the Jeter’s Leaders program — that promote academic excellence, leadership development, positive behavior, healthy choices and social change. To date, the Turn 2 Foundation has awarded more than $30 million in grants to create and support signature programs that motivate young people to turn away from drugs and alcohol and “Turn 2” healthy lifestyles.
Limited-Edition Louisville Slugger Bat and Ticket Packages
Derek Jeter made over 12,500 plate appearances during his 20 MLB seasons and used a Louisville Slugger P72 for every single at-bat. Upon his retirement, Louisville Slugger honored Jeter by retiring the P72 bat model and renaming it the DJ2 in recognition of Jeter.
To celebrate the Living Legend, Louisville Slugger Museum & Factory has produced a limited-edition collector bat for this special occasion, signed by Derek Jeter. The bat is available with ticket packages for the event and additional signed collectibles. For more information or to purchase ticket packages, please visit www.sluggermuseum.com.
Living Legend Past Recipients
With the Living Legend recognition, Jeter joins a prestigious group of baseball Hall of Famers to receive the award. Past recipients of Louisville Slugger Museum & Factory’s Living Legend Award include: Mike Schmidt (2019), Frank Thomas (2017), Dave Winfield (2016), Andre Dawson (2015), Ozzie Smith (2014), Cal Ripken, Jr. (2013), Tony Gwynn (2012), Johnny Bench (2011), Ernie Banks (2010), Hank Aaron (2009), Frank Robinson (2008) and Ken Griffey, Jr. (2007).
About Louisville Slugger Museum & Factory:
Experience history in the making as you stroll through the factory where world-famous Louisville Slugger bats are created. Award-winning factory tour, newly renovated galleries with interactive exhibits, historic memorabilia, and more. Create a Louisville Slugger bat with your very own name on it, just like the pros. Louisville Slugger Museum & Factory, 800 West Main Street, is open Monday – Saturday, 9 a.m. – 5 p.m., and Sundays 10 a.m. – 4 p.m., with extended summer hours. Admission is $16 for adults, $15 for seniors (60+), $9 for children (6-12), and free for children 5 and under. For more information, including holiday hours and extended summer hours, visit sluggermuseum.com or call 502-588-7228.
Media Contact: Rachel Albritton / 502-905-5170 / Rachel@PaperboyPR.com
Source: Louisville Slugger Museum & Factory