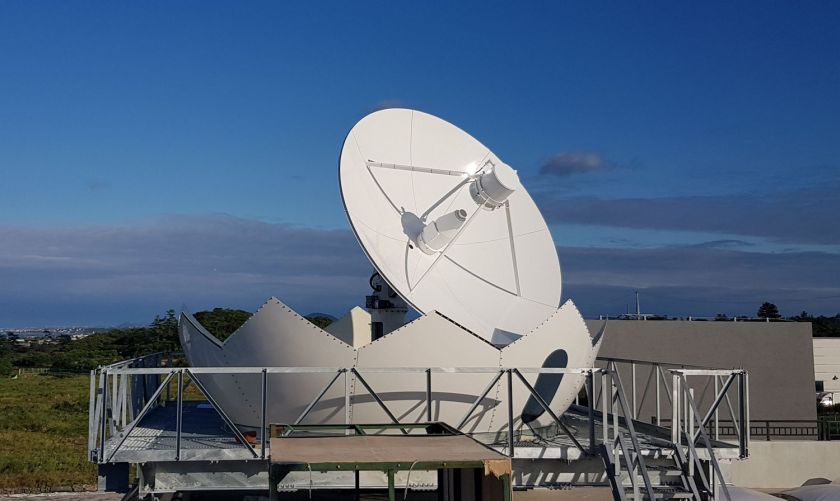 CONTEC, a Korean startup gearing up to transform the space sector, is working towards providing holistic solutions required for downstream data transmitted by satellites. Launched in 2015, the space tech company aims to capitalize on the emerging ‘New Space’ era.
The startup is a spin-off company from Korea Aerospace Research Institute (KARI), offering Space Ground Station Services, Satellite Image Processing and Application Services, and a whole ground integration solution. The company utilizes AI-based detection and change detection methods to provide satellite image analysis and application services.
CONTEC provides Ground Station (GS) service with its own ground stations. It currently services major EO satellites with its first station in Jeju (Korea), with a few other stations being constructed by the end of this year. The company plans to have 12 GSs beyond Korea, including Alaska, Chile, South East Asia, Europe, Australia and Africa by 2024.
Customers may freely schedule satellite passes and download its data from a web-based customer interface CONTEC ONE, which enables pass reservation in one click. As long as users have a secured internet connection, they can use CONTEC’s ground stations registered from any corner on the earth’s surface.
CONTEC’s Satellite Imagery (SI) service, CONTEC INSIGHT is a web-based SI application service. The platform includes object detection and change detection by utilizing satellite images that can be useful to observe changes in SMART Cities, monitor disasters, and assist in stopping unlicensed constructions.
Sejong City, the world’s first ISO-certified smart city in the world, in Korea, has already signed a contract with CONTEC to receive its satellite image application service.
Global offices and future expansion plans
CONTEC launched in Korea in 2015 and and in Luxembourg in 2019, and the two offices boast around 58 engineers. CEO Sunghee Lee with his 16 years of experience working for KARI in the launch and satellite operational mission, got the idea of launching a GS (Ground Station) in Korea while working at Jeju tracking station for the launch vehicle mission of KARI.
The startup has raised $11 million in Series B from Atinum Investment as a lead investor with four other major VC investors in Korea, including Korean Development Bank, Industrial Banks of Korea, Korean Investment Partners, and Intellian Tech. The funding is to be used for constructing more ground stations as well as developing new technologies including space-to-ground FSO communication.
CONTEC plans to be an end-to-end service provider by providing turn-key solutions for space operators. The company plans to launch its EO satellites to get its own SI (Satellite Image) data and provide various application services with satellite image data. The startup also commenced to develop a LCT module and FSO Ground Station for the future communication technology and delivery of high data for satellite image.
PR Contact: Vallabh Rao, TopPRWire, vallabh@topprwire.com
Source: CONTEC