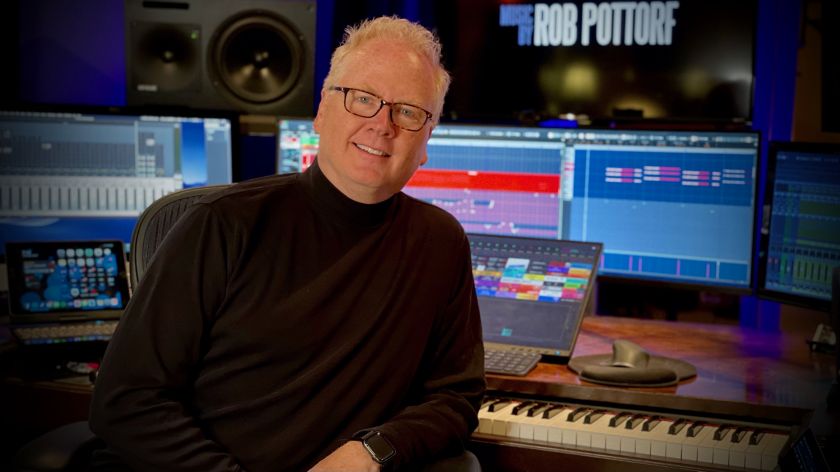 Composer Rob Pottorf was among the finalists when the National Academy of Television Arts & Sciences (NATAS) announced nominees for the 48th Annual Daytime Emmy® Awards on May 25, 2021. His original score for the docudrama I am Patrick was one of five finalists chosen in the Outstanding Music Direction and Composition for a Daytime Program category. Pottorf, whose original scores and music have been featured in over 200 film and television projects, began his career as a Senior Music Composer and Director for Paramount Parks before scoring his first film in 1998.
“Every project is a chance to do something special,” said Pottorf. “I strive to craft music that earns the emotions of the audience. This film had the raw beauty of Ireland as its set and an incredible cast. My job was to immerse the audience into the most authentic experience of the story. That’s what you strive for with each project. That’s the magic.”
I Am Patrick, starring John Rhys-Davies (Lord of the Rings, Indiana Jones) sifts through centuries of legend and myth surrounding Saint Patrick. Premiering first and for a limited time on Netflix in the UK and Ireland, CBN, headquartered in Virginia Beach, Virginia, released the film on their network March 17, 2020, and began streaming the docudrama on demand.
“Rob was a true collaborator in bringing my specific vision to the screen,” said the writer and director of I am Patrick, Jarrod Anderson, whose film is also nominated for Outstanding Daytime Non-Fiction Special. “Not only was he able to capture the epic feel I wanted for my film, he was able to enhance the story and performances, taking it to another level.”
Pottorf’s list of movies and television shows is extensive, working with many award-winning actors including: Tim Conway, Raquel Welch, Matthew Modine, Robert Forster, Brian Dennehy and Ted Levine, among others. Pottorf also scored one of Oscar-winning legend Cloris Leachman’s final films in 2019, When We Last Spoke.
Rob Pottorf is a native of Sidney, Ohio, where he began playing music at the age of five, writing his first song at nine years old. After beginning his career in Charlotte, North Carolina, he now lives in Lexington, Kentucky, with his wife, Kris Calvert. His work can be heard on CBS, Paramount, Lions Gate, 20th Century Fox, The Hallmark Channel, INSP, The Tuner Network, Netflix, Amazon, and in the theme parks of Disney and SeaWorld.
The 48th Annual Daytime Emmy® Awards will air on June 25 at 8 p.m. on CBS and Paramount+.
For more information on Rob Pottorf:
www.rpmusic.com
https://www.imdb.com/name/nm1306212/
For more information, press only:
Calvert Communications, Inc.
859-312-8416
kris@calvertcomm.com
Source: RP Music, Inc.