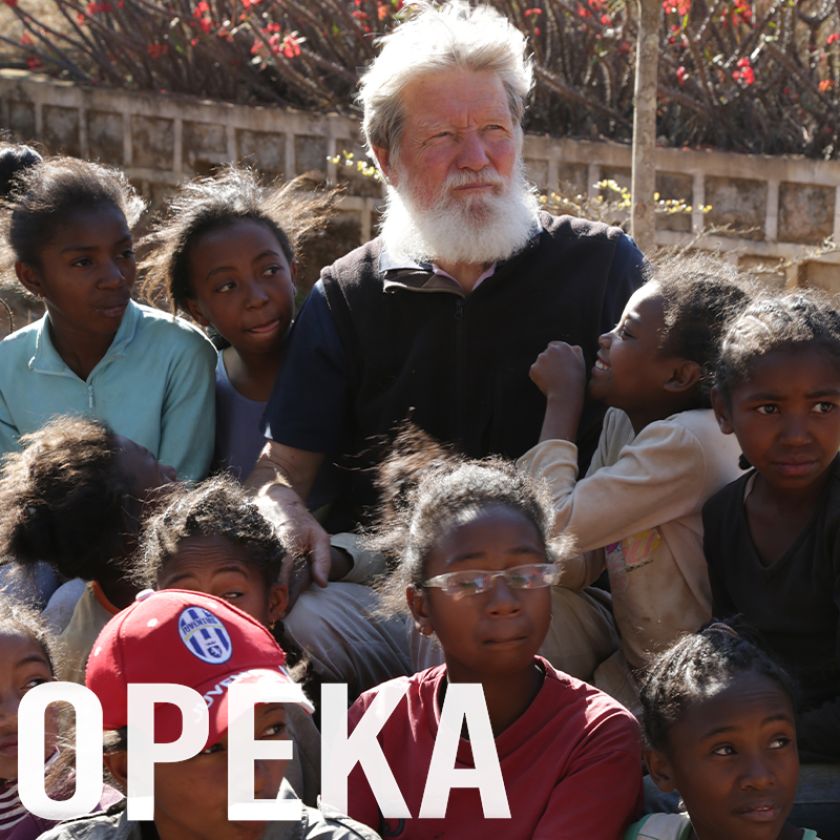 Cinedigm, the leading independent streaming company super-serving enthusiast fan bases, announced today that it has secured all North American rights to Opeka, the inspirational documentary from acclaimed director Cam Cowan (Madagasikara).
The film finds Nobel Peace Prize nominee Father Pedro Opeka, an iron-willed Argentine priest, instilling hope in an entire nation by teaching people living in Madagascar’s largest landfill to build a highly functional city in the capital of their failing African country.
Director and cinematographer Cam Cowan is also known as the director of the multi-award-winning documentary, documentary, Madagasikara (2018), the story of three resilient women fighting for the survival of their families amidst political instability and crushing poverty.
The premiere of Opeka marks the latest Cinedigm acquisition in a series of titles released exclusively on Fandor, the Company’s streaming service dedicated to the elevation of independent, international, documentary, and classic films.
Recent releases on Fandor have included Our Father, the feature debut of director-writer-actor Bradley Grant Smith, which premiered at SXSW earlier this year. Highly anticipated exclusives coming to Fandor later this year include the ensemble comedy Distancing Socially, which features an all-star cast led by Alan Tudyk (Resident Alien) and Sarah Levy (Schitt’s Creek) and the daring psychological thriller Into Schrodinger’s Box, about a woman struggling with the loneliness and isolation of quarantine.
Opeka is now available to stream on Fandor, available via desktop, iOS, Android, Roku, YouTube TV, and Amazon. For more information, visit https://www.fandor.com.
Contact:
Kerry Ryan
kryan@cinedigm.com
About Cinedigm:
For more than twenty years, Cinedigm has led the digital transformation of the entertainment industry. Today, Cinedigm entertains hundreds of millions of consumers around the globe by providing premium content, streaming channels and technology services to the world’s largest media, technology and retail companies.
About Fandor:
Fandor streams thousands of handpicked, award-winning movies from around the world. With dozens of genres that include Hollywood classics, undiscovered gems, and the latest festival favorites, Fandor provides curated entertainment and original editorial offerings on desktop, iOS, Android, Roku, YouTube TV, and Amazon Prime. With a rapidly expanding library and innovative partnerships, Fandor’s goal is to captivate and inspire a global community of movie lovers. Learn more at http://www.Fandor.com.
Source: Fandor