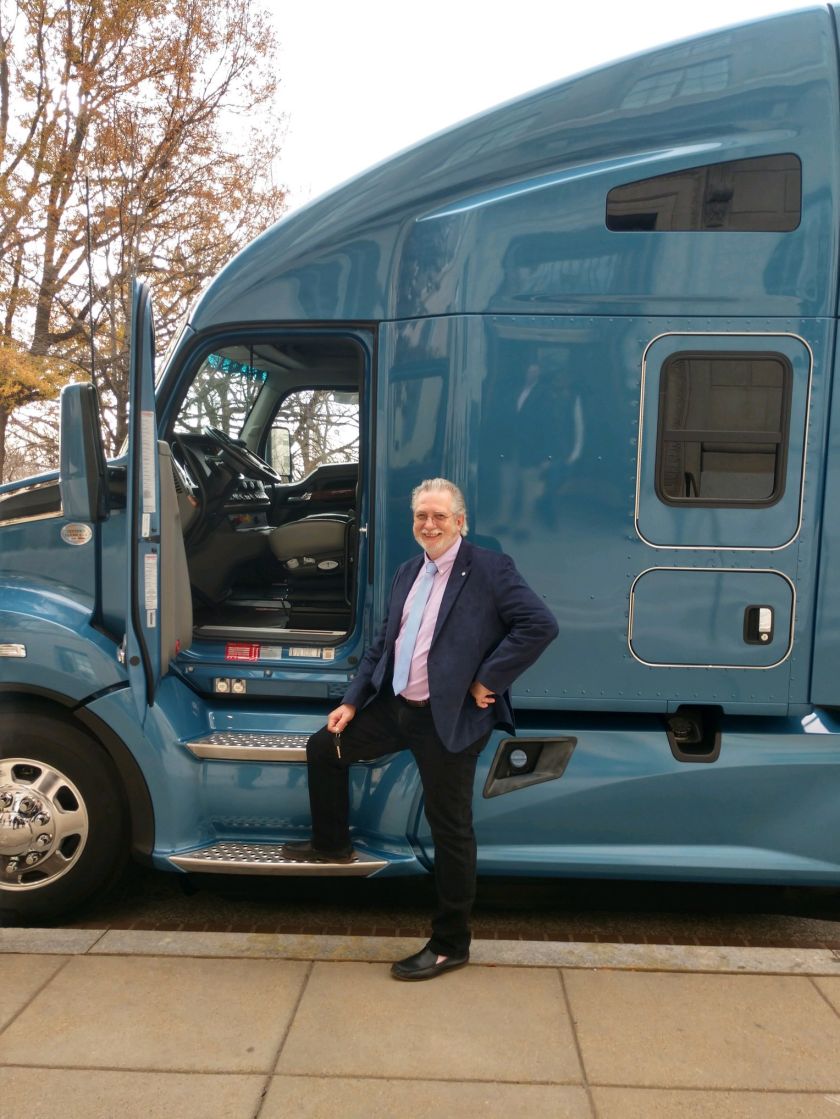 Kenworth Director of Marketing Genevieve Bekkerus announced Reddell as the winner. Reddell was visibly emotional and grateful. “There are so many deserving veterans that were nominated for this award, and to become a top three finalist is truly amazing. I feel honored to just be standing here with James and Chris,” said the Arkansas native.
For the past six years, FASTPORT, Kenworth, and the U.S. Chamber of Commerce Foundation’s Hiring Our Heroes Program have honored America’s top transitioning veteran in the trucking and transpiration industry. Reddell took home the top prize of the Kenworth T680, and retired Marine James Rose, a driver for Prime Inc., and Army veteran Christopher Slindee, a driver for Knight Transportation, received checks for $10,000.
“We are so grateful to have Kenworth and Hiring our Heroes as our partners. Thanks to their support, for six years in a row, we have been able to help change a military veteran’s life,” said Fastport president Brad Bentley.
Eric Evesole, president of Hiring our Heroes said, “Let me start off by thanking you for your service. I’m not talking about just your military service and your records while in uniform. Trucking is one of those critical jobs for our country. It’s a hard job, and some days are harder than others. It’s often a thankless job.”
Reddell, who signed up for the Army Reserves when he was 17, traveled worldwide and worked as a motor transport operator delivering Patriot Missile systems. In 2005, he re-enlisted in the Army National Guard to assist in the Hurricane Katrina Relief efforts. “There are so many people I want to thank. Everyone at Stevens Transport has gone out of their way to help me. I’m still overwhelmed and at a loss for words right now,” said Reddell later on that day.
About FASTPORT
FASTPORT is a veteran employment software company with the sole mission to help all members of our nation’s military community find meaningful civilian employment. FASTPORT is also the U.S. Department of Labor’s industry intermediary for the Transportation sector. In that role, they also help connect transitioning service members, military spouses and veterans to Registered Apprenticeship opportunities. For more information, visit www.fastport.com or www.nationalapprenticeship.org.
###
To learn more about the Transition Trucking: Driving for Excellence Award, visit www.transitiontrucking.org.
Source: Fastport