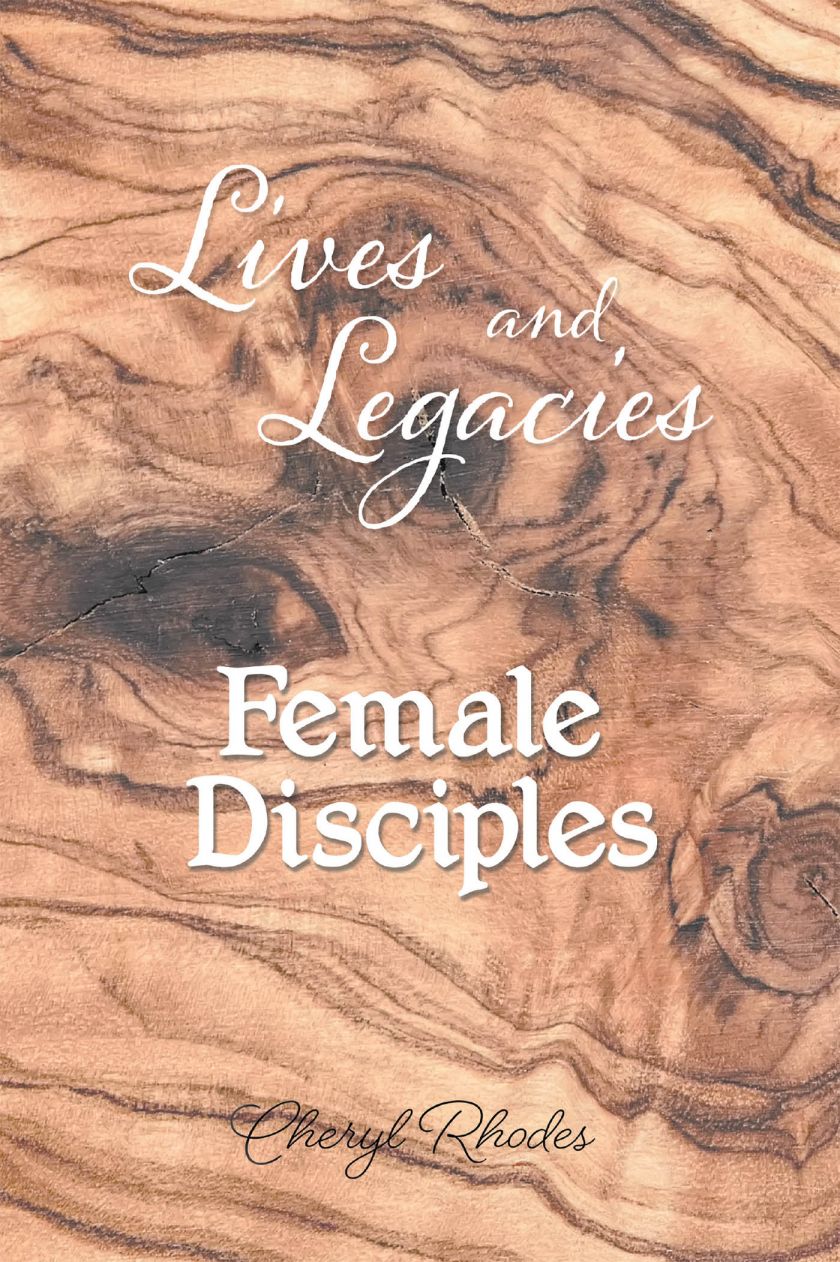 Cheryl Rhodes, a writer whose professional life includes being a social worker, private practice psychotherapist, teacher in postsecondary education, and pastor; has completed her most recent book “Lives and Legacies: Female Disciples”: a thought-provoking account of Photini, Salome, Martha, and Magdalene which will give the reader background and perspective to understand how these women lived their lives as they walked with Jesus in His journey.
Cheryl writes, “The female disciples were a good number and a mixed lot. We don’t know how many—that isn’t recorded. Like the male disciples, only a few names are documented. These four female disciples have been chosen as representative of the range of their stations in life.
It was a custom for women in Jesus’s time to support a rabbi in his work. But no rabbi taught women as Jesus taught His female disciples. They were allowed to sit at His feet and travel with Him while He taught and answered their questions. He engaged them in The Work with Him. Their devotion and faithfulness were testimony to His time with them.
Why did Jesus have to go through Samaria? Why was Jesus tired and His disciples were not? Since when did it take twelve to buy lunch for thirteen? Jesus had a divine appointment with Photini. After losing five husbands, she had no friends until Jesus. He gave her the love, place, purpose, and security for which she longed.
Hollywood gave her name to Herodias’s daughter. But Salome was a fisherman’s wife, sister to Jesus’s mother Mary, mother of James and John, and most importantly, a disciple of Christ. Ambitious for her sons, she was devoted, standing at the foot of His cross as they crucified Him.
Martha from Bethany and her sister, Mary, were known for hospitality and their interest in The Way. Sometimes too busy with serving, she only needed more time with The Master. Martha and Mary learned that each is an image-bearer of The Creator through their God-given personalities, calls, and gifts.
Oppressed by seven demons, Jesus delivered Magdalene, giving her joy and freedom. In return, she followed Him faithfully to her death. Jesus made her His choice to be the first to see Him raised from the dead. He sent her to His disciples to tell them the news. She never stopped telling others.”
Published by Fulton Books, Cheryl Rhodes’ book is a faith-strengthening manuscript that shares the lives of four women who have played a significant part in Jesus’ journey. Told from a closer perspective, the reader will get to understand the life they had and the grace of Jesus that shone through them.
Readers who wish to experience this brilliant work can purchase “Lives and Legacies: Female Disciples” at bookstores everywhere, or online at the Apple iTunes Store, Amazon, Google Play or Barnes & Noble.
Please direct all media inquiries to Gregory Reeves via email at gregory@fultonbooks.com or via telephone at 877-210-0816.
Source: Fulton Books