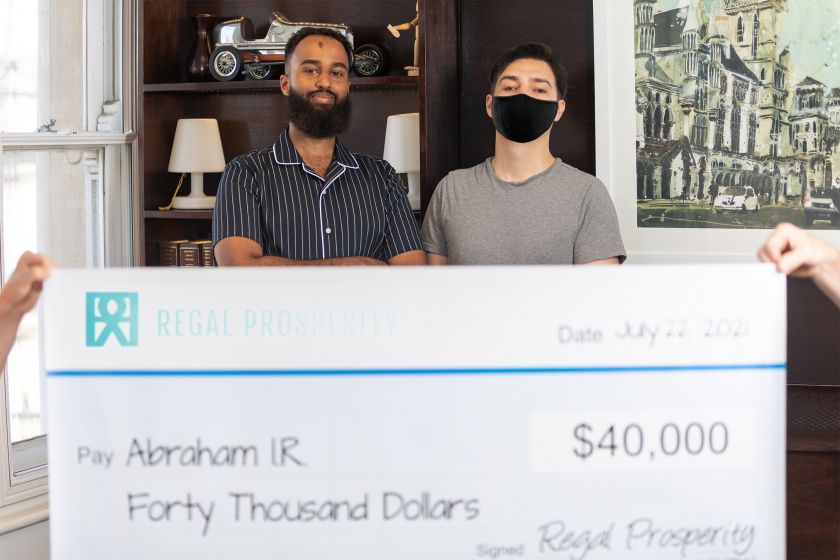 A charity is paying people to be good. Regal Prosperity, a nonprofit organization, has pledged $1 million for those who display and document good deeds on social media.
The Initiative
Regal Prosperity is accepting submissions for an initiative launched this summer intended to display acts of kindness on social media. The initiative, as outlined on the charity’s website, is rewarding prize money for outstanding public displays of good deeds. Deeds can be submitted with the hashtag “#regalgooddeedchallenge”.
In an interview earlier this year, Roble Regal hinted to the initiative stating that “We get what we reward out of people” and hopes to create a “good-deed pandemic.”
One recipient of the prize who received $40,000 had befriended, clothed, and helped a homeless man find work in Toronto, Canada. The act of kindness seemed to resonate with the charity director, who has been noted for his work with the homeless.
The Charity
Other awards and initiatives organized by Regal Prosperity include “The K.F.A. Award” which rewards and supports victims of domestic violence, and “Profit Visions”, which rewards individuals that display a gift for trading in the stock market.
“I want to associate being good with being rewarded in people’s minds.”
– Roble Regal
Roble Regal and Regal Investments
Regal Investments, the investment fund headed by Roble Regal, was rated the best investment fund in 2021 after successfully creating over one hundred new millionaires in one month with high-risk investment plans offered to retail clients – a first in the investment management field.
Also a part-time musician, Roble Regal was covered by Noisey and Vice News for a cryptic music video he released, in which the login information for a PayPal account with $5,000 was hidden and claimable by anyone who could solve the puzzle.
It’s clear that the Regal brand is poised to establish itself as the common man’s aid and give finance a more humanitarian image amidst anti-capitalist sentiment present in younger generations. Applicants for the Regal Good Deed Challenge Award may submit a documented good deed on the charity’s website along with the hashtag #RegalGoodDeedChallenge on their social media post.
Source: Regal Prosperity