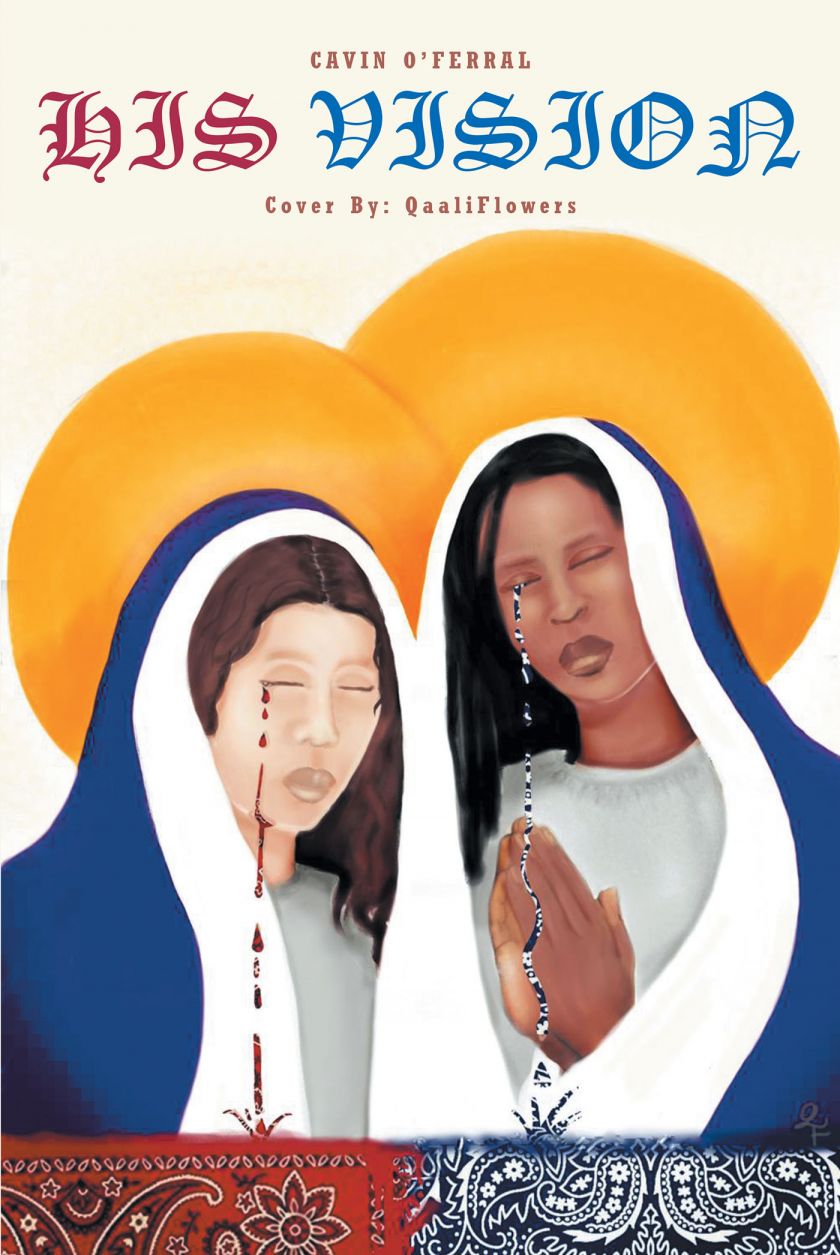 Cavin O’ferral, an ex-gang member, a father of seven children, and a grandfather of 13 grandchildren, has completed his new book, “His Vision”: a gripping narrative of dangerous gang groups at war with each other for so long that strikes fear in the community and finds gracious intervention from the Lord.
The author writes, “Big Lou, Money Mike, Jim Jones, Con Man, O. G. Van, Rick-Rock, Mad Man, and Killa Martin are all gangsters residing in Altadena, California. At the same time, MD, D-Rock, Lil’ John, Deuce Rock, One Punch, Bam-Bam, and a few others are also gangsters residing in the other side of the town, Pasadena, California. The group of youths in Altadena named their gang group Altadena Block Crips (ABC 123) and called themselves Crips, while the group of youths in Pasadena named their gang group Pasadena Denver Lane Blood Gang (PDL) and called themselves Bloods. The Crips represented the blue rags, while the Bloods represented the red. Both of these gang groups barely know each other, but little did they expect that they would become the worst of enemies. Alcohols, weeds, and guns collide with murder as the two groups took turns blaming the other for the terrible incidents that’s been happening.
“Only the spirit of Satan and his demons could have brought about that evil assignment. The Spirit of the Lord is much stronger than Satan’s, and it will be the power of forgiveness that will ultimately win the souls of those youths. Thus, we have His Vision.”
Published by Covenant Books of Murrells Inlet, South Carolina, Cavin O’ferral’s new book is a stirring journey about lingering in darkness for long and finding light at the end of the tunnel that speaks profoundly of the stronger power of the Lord than that of evil.
This book also reflects how forgiveness and love does not discriminate against anyone, and how it is not too late to start over again at a second chance in life. With this fresh transformation, it is of great significance that the Church plays a big role in their lives of the kind yet persistent way of telling all gangsters the difference it makes to pray.
Readers can purchase “His Vision” at bookstores everywhere, or online at the Apple iTunes Store, Amazon, or Barnes & Noble.
Covenant Books is an international Christian owned and operated publishing house based in Murrells Inlet, South Carolina. Covenant Books specializes in all genres of work which appeal to the Christian market. For additional information or media inquiries, contact Covenant Books at 843-507-8373.
Source: Covenant Books