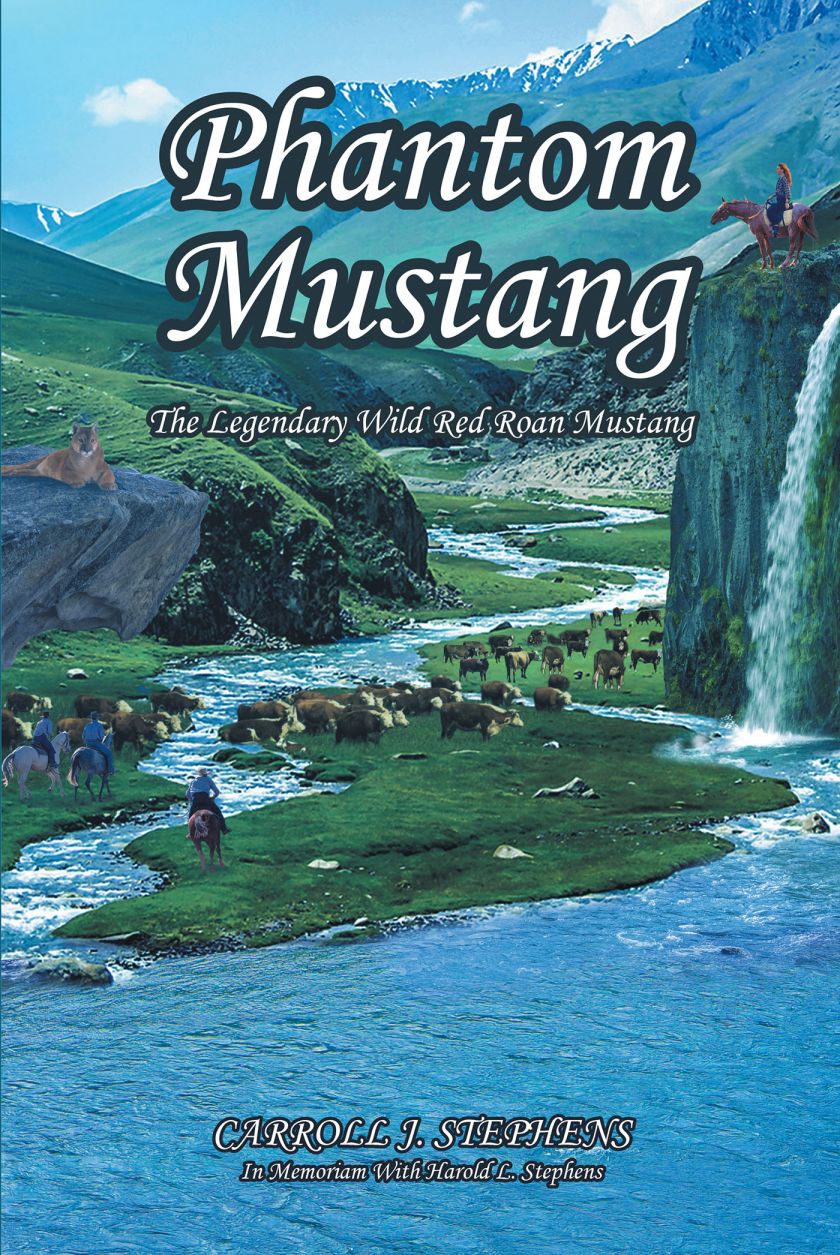 Carroll J. Stephens, an avid skydiver, a breeder of pedigree quarter horses, and Harold L. Stephens, a U.S. Army veteran, have completed their new book, “Phantom Mustang”: a gripping narrative that shares a thrilling adventure of a war hero, Seth, who was on a quest to tame a legendary wild mustang. This rich novella throws light on the involvement of the U.S. Army to the German Nazis, as well as depicts a brewing romance between a war hero and a beautiful reporter.
Carroll and Harold write, “The setting of this story is in 1946, during the aftermath of World War II (WWII), near the town of Mill Creek, Utah. It encompasses several chapters of mystery, drama, adventure, and romance—involving mainly the homecoming of a local war hero, a beautiful newspaper reporter, and a legendary wild mustang. The story begins with the war hero returning home and then the planning and capture of a wild mustang in a secluded valley inhabited by mustangs, cattle, and menacing and ferocious cougars. Included in the story are the many problems, sacrifices, and hardships involved in the capture and training of a legendary wild mustang for a special esteemed yet perilous cowboy cross-country endurance race. The almost unachievable dream of a beautiful woman in becoming the first woman to ever win a prestigious cowboy cross-country endurance race on a self-trained legendary wild mustang. There is an unforgettable, dangerous, and adventurous, although thrilling, two-week-long family cattle roundup in the secluded valley. The story emphasizes the simmering romance between the war hero and the beautiful journalist. Then, too, there is the mystifying special treatment by the US Army of some German Nazis, citizens being comforted in the aftermath of WWII in Mill Creek, Utah. The secret lodging of the Germans on a known deserted ranch bordering the valley is of grave concern to the war hero and the dedicated journalist. The Army’s refusal to admit any knowledge of Nazism at the ranch could imply national security uncertainties. The story divulges the complicatedness of the young and dedicated journalist, wavering between her community responsibilities as a newspaper reporter and her patriotic duties as an American citizen. Faithfully dedicated to the belief all American citizens are inherently entitled to the truth, while realizing the disclosure of any German Nazi activity at the ranch could be detrimental to national security, is a subject of urgent scrutiny for the patriotic reporter and local war hero. National, state, and local community issues are of crucial trepidations to all citizens; however, the resolution to the many problems are not always agreeable, understandable, or easily ascertained. Neither are any of these problems dismissible.”
Published by Covenant Books of Murrells Inlet, South Carolina, Carroll J. Stephens and Harold L. Stephens’ new book is a deeply absorbing literary piece that will take its readers to a dangerous and remarkable journey as the protagonist stands between duty and truth.
Readers can purchase “Phantom Mustang” at bookstores everywhere, or online at the Apple iTunes Store, Amazon, or Barnes & Noble.
Covenant Books is an international Christian-owned and -operated publishing house based in Murrells Inlet, South Carolina. Covenant Books specializes in all genres of work that appeal to the Christian market. For additional information or media inquiries, contact Covenant Books at 843-507-8373.
Source: Covenant Books