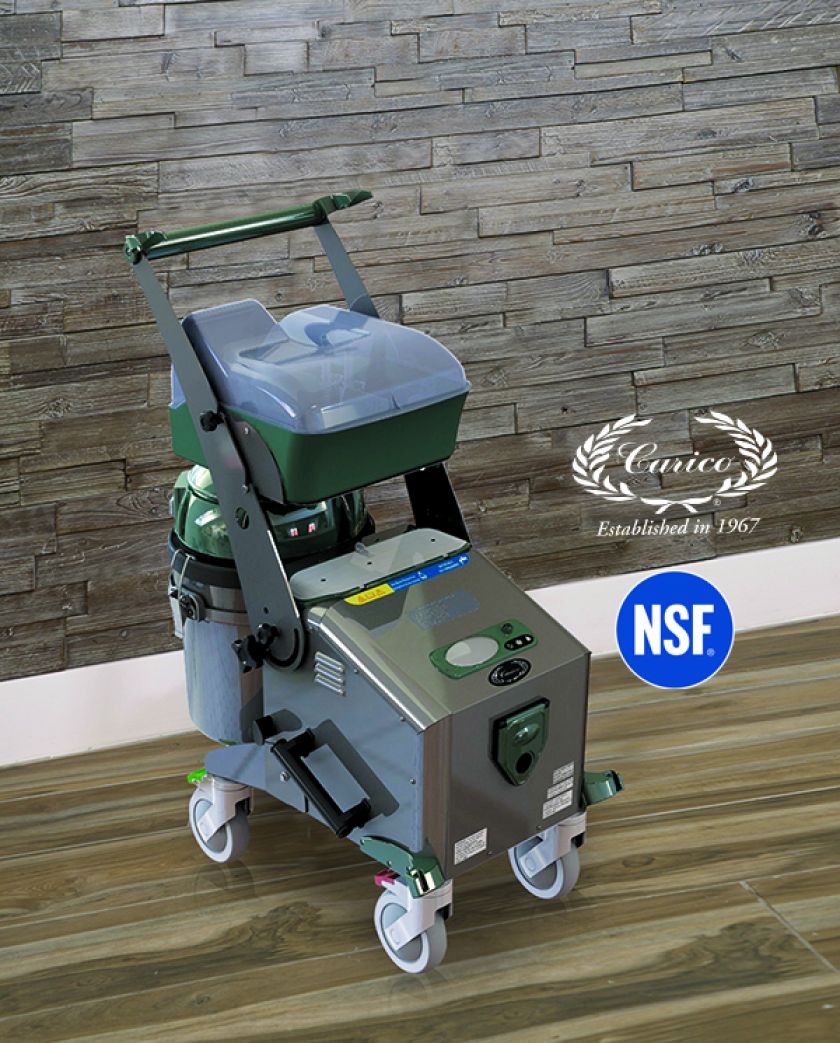 Carico International, Inc., which has helped people live longer, healthier lives for 54 years, today announced it is one of the first products certified under the NSF, Inc. Protocol P448, Sanitization Performance of Commercial Steam Generators. NSF Protocol P448 “describes the requirements for the safety and effectiveness of commercial vapor steam generators and their applicability to produce steam that could be used as a substitute for chemical sanitizers.” This is the world’s only third-party certification program for commercial steam generators.
NSF Protocol P448 “is intended to certify steam generating equipment that sanitizes surfaces which meet the requirements of the 2013 FDA Food Code Chapter 4 Section 7.”
The Carico 360 heats ordinary tap water to over 360 degrees, producing a hot, “dry steam” that contains less than 5% moisture. The Carico 360’s dry steam is more effective than regular cleaning because it removes the dirt and residue normally left behind using standard cleaning techniques. At the same time, the high temperature sanitizes the surface killing virtually all germs, bacteria, mold and mildew. The unit is equipped with a wide range of tools that allow you to address any type of surface.
The Carico 360 reaches this remarkable level of cleaning without using toxic chemicals. It does not require a second step process of cleanup using residual water. The Carico 360 does not require using, changing and/or cleaning rags because the unit is equipped with a vacuum to remove the dirt you loosened.
The NSF Certified Carico 360:
“Carico is driven by the desire to help people live longer, healthier lives,” said Rob Shumay, Vice President of Carico International, Inc. “This certification not only validates the relevance and integrity of our brand, but it also allows us to introduce a new and significant improvement in cleaning and sanitizing anywhere food is sold or prepared.”
The Carico 360 will have a significant positive impact on owners, employees and customers by reducing their exposure to toxic chemicals, improving food safety and reducing water consumption.”
“The NSF Certified Carico 360 helps brands and companies improve operations with an actionable, scalable solution to a number of problems they face,” said Richard R. Cappadona, Founder and CEO of Carico International, Inc. “Reducing exposure to toxic chemicals is one of the single-most effective things people can do to improve their health, and NSF Protocol P448’s clear, uniform standards and the Carico 360 are important steps in making this the norm.”
Contact:
Rob Shumay, Vice President, Carico International, Inc.
+1-954-969-4404
shumayr@carico.com
Source: Carico International, Inc