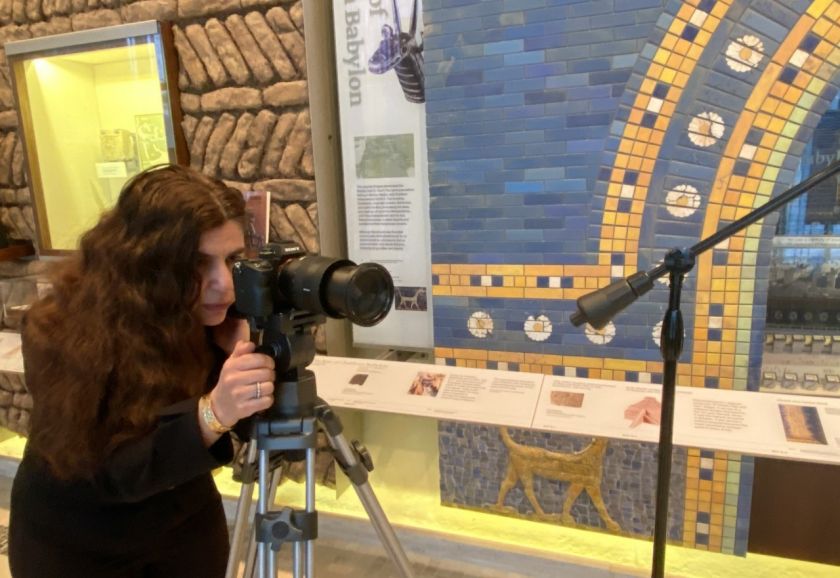 Weam Namou, journalist, filmmaker, and author of over a dozen books, signed an agreement with Jeff Porter to represent her two-time international award-winning feature documentary The Great American Family. The story was originally a book written by Namou, which won an Eric Hoffer award. Recently, Namou also signed a contract with Gregory Johnson of Range Media Partners to option her book.
“The Great American Family is based on the true life story of a brother and sister’s life being turned upside down via a gross abuse of power by the U.S. government,” commented Johnson. “The unfortunate tale of Dawn and Darrin Hanna is rooted in greed, spies and lies that shine yet another light on the corruption and double standards in the American justice system. It’s a story that’s hard to believe, but one that proves fact is stranger than fiction.”
The documentary that is based on the book, The Great American Family, won several awards including the IndieFEST and ImpactDocs. Watch the trailer: https://www.youtube.com/watch?v=hSbmdWKFF2U.
“Weam Namou’s movie is like a virtual road map to how we came to have the political distrust and paranoia of today,” said Jeff Porter, President of Porter Pictures of Beverly Hills. “She has been an absolute delight to work with on this important story and I look forward to more empowering and socially conscious documentaries from her team.”
The Great American Family tells the story of Dawn Hanna, who had been accused of conspiracy against the United States by brokering telecommunication equipment to Iraq during the sanctions. What Dawn did not know was that her co-conspirator was a CIA operative and that the whole project was funded by the United States to listen in on Saddam Hussein and his men. They said Dawn had no idea that the equipment was going to Iraq. This, coupled with sworn affidavits, did not change her sentence.
Namou’s devotion to her community, art and, most importantly, the truth pushed her to take on this project. She says that the book and documentary are more relevant right now than ever, especially as the United States enters a phase of healing. Through this story, Namou shows audiences how the American Dream is being taken away from American families through lies leading to war, a criminal justice system that is driven by greed, and a democracy based on double standards, terrorism and sanctions.
There are very few Iraqi-American authors, writers or media personalities. Much of the widespread information today is propagated by Western media, which oftentimes fails to provide authentic stories of Iraq and Iraqis. This can be a very harmful problem and that is why the unique perspective of authors and filmmakers like Weam Namou is so important.
Media Contact:
Bianca Leon Rodrigues
+1 (469) 815-7866
biancalrodr@gmail.com
Source: Weam Namou