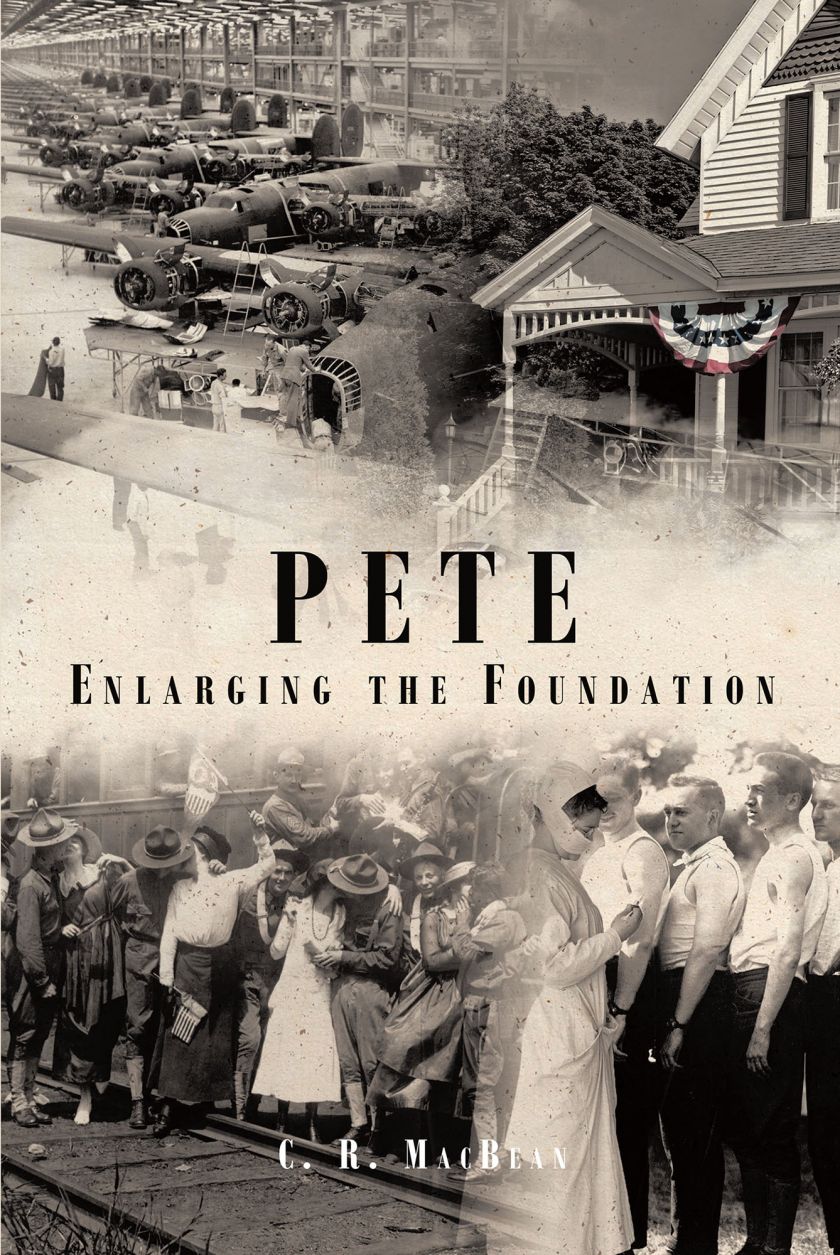 C.R. Macbean, an excellent author spending his blessed days with his wife on a ranch in Central Texas, has completed his new book, “Pete Enlarging the Foundation”: an absorbing record focusing on the life events of Pete, a boy who was used to living a comfortable life at the farm. The sudden changes in his life enlarge the foundation that shaped his being for the past seven years.

Macbean writes, “Pete spent his first seven years coddled, spoiled, and protected by grandparents, aunts, and uncles. He never thought those years would end and his life would change. When his mother met Gene, however, things changed. Suddenly Pete had a stepfather and lived in a village.
It took time, but Pete found new friends and challenges. Reading, trapping, hunting, and skiing filled Pete’s leisure time while employment at various jobs satisfied his financial needs. Frequent visits to the farm kept memories alive. While grandparents, aunts, and uncles appreciated the end of the depression, the threat of a world war worried them.
On Dec. 7, 1941, Japan attacked Pearl Harbor and everything changed. Buster joined the army. While he desired to be a motorcycle scout, he ended up a tank mechanic. The draft got Robert; he became a tank killer in a tank destroyer outfit. Buster and Robert landed France on, or shortly after D-Day in June 1944. They were in Germany at the end of the war. Willis, Pete’s father, traveled to Canada and volunteered to fly bombers from New Foundland to England. Later he joined the RAF Pathfinders.
The shortage of men in factories and on the farm required their replacement by women, old, and young men. Pete worked as a hired farm hand whenever school permitted. While the first seven years formed the foundation of Pete’s character, the next seven years enlarged it.”
Published by Covenant Books of Murrells Inlet, South Carolina, C.R. Macbean’s new book is a substantial print depicting the reality of life pre-World War II and the adjustments people had to go through when the depressing battle took place.
Readers can purchase “Pete Enlarging the Foundation” at bookstores everywhere, or online at the Apple iTunes Store, Amazon, or Barnes & Noble.
Covenant books is an international Christian owned and operated publishing house based in Murrells Inlet, South Carolina. Covenant Books specializes in all genres of work which appeal to the Christian market. For additional information or media inquiries, contact Covenant Books at 843-507-8373.
Source: Covenant Books