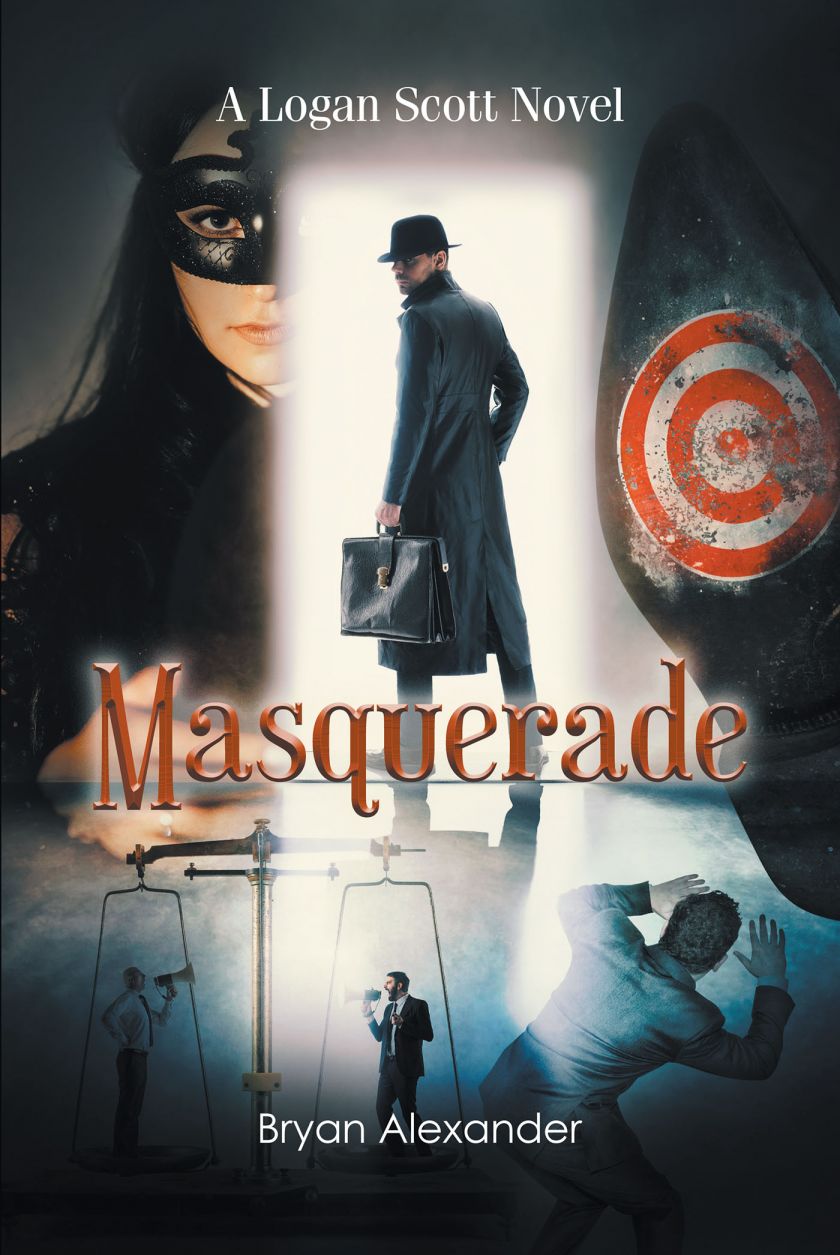 Bryan Alexander, a former member of the USAF Spec Ops community who was in the E-Ring of the Pentagon with U.S. and NATO commanders during the 9-11 attack, has completed his new book “Masquerade”: an engrossing, powerful story about Logan Scott, who invents a device that would hand over unlimited power to terrorists, cartels, deceitful corporations, and the federal government, as he goes on a mission to take down an underworld corporate takeover artist aided by a corrupt senator.
Bryan writes, “Looking back, I should’ve embraced the ancient proverb ‘Give no quarter, spare no mercy’ while I watched the vile and corrupt writhe in pain and castrate the less innocent! Like most of us, I believed in our government, the courts, the system, and even friends, only to find that most of them craved more, one bleeding in a one-sided relationship, to take but never give. Unbeknownst to me, the misery I had yet to experience would be set in motion this very normal business day. If I ever had an opportunity to relive this nightmare, I guarantee the outcome would be drastically different!”
Published by Newman Springs Publishing, Bryan Alexander’s fascinating tale follows Logan Scott and his partner Raelyn working together as they attempt to take down a nefarious corporate thief against all odds.
Logan Scott, an inventor, takes the reader along his journey after he creates a proprietary electronic device that would give terrorists, cartels, deceitful corporations, and the federal government the ability to wield unlimited power over everyone. A so-called angel investor is innocently let into Logan’s henhouse whose agenda is to steal without remorse. Readers will follow Logan and his partner’s expeditions into the corrupt world as revenge becomes their main objective, no matter the sacrifices they must endure.
Readers who wish to experience this thrilling work can purchase “Masquerade” at bookstores everywhere, or online at the Apple iBooks Store, Amazon, or Barnes & Noble.
For additional information or media inquiries, contact Newman Springs Publishing at 732-243- 8512.
Source: Newman Springs