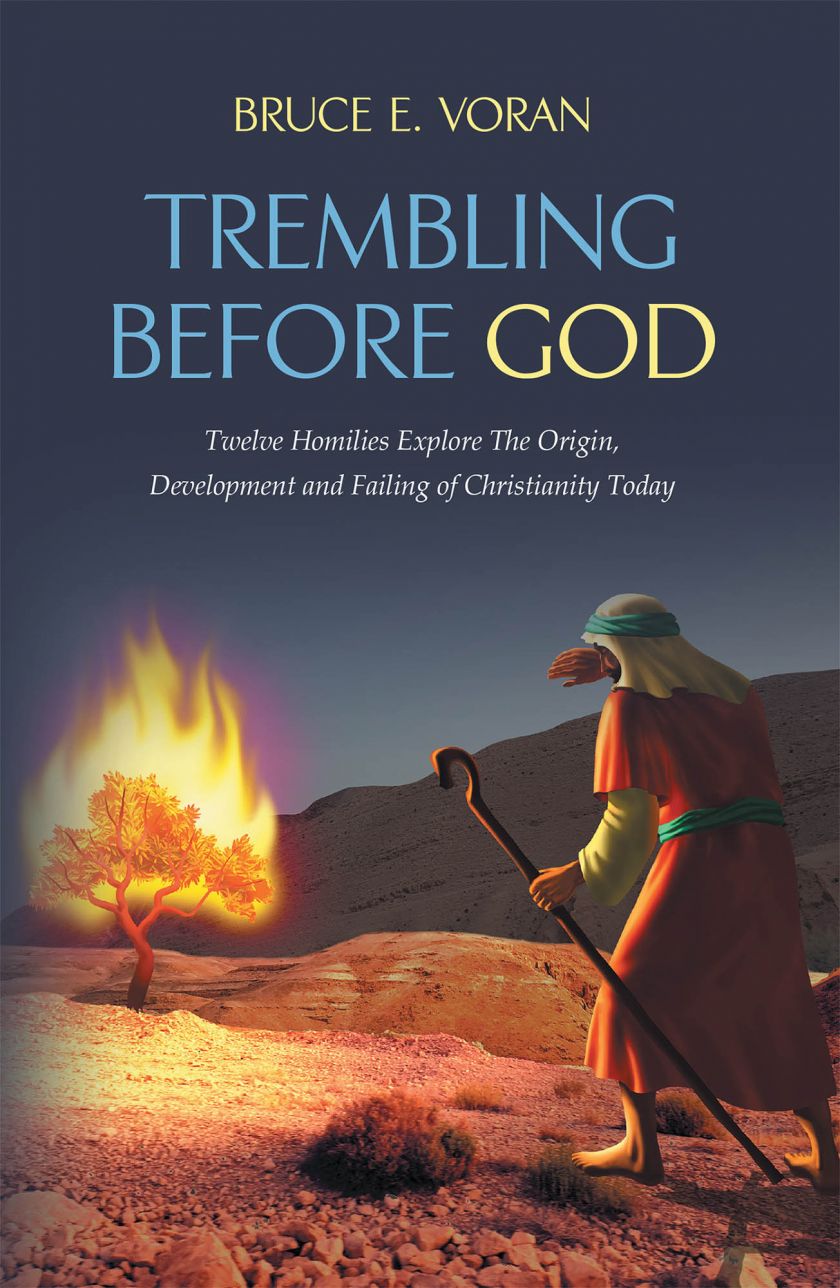 Bruce E. Voran, a former subdeacon and a licensed lay preacher who was also an educator, librarian, and adjunct professor, has completed his most recent book “Trembling Before God”: an informative read containing 12 homilies that attempt to figure out how Christianity is failing in today’s church as it traces its origin and development throughout the years.
Bruce writes, “Explore the failing and irrelevance of New Covenant Christianity in today’s contemporary world. A Jesus-centered theology of only being ‘saved by Jesus’ rather than ‘acting on’ a personal integrity based on the precepts, examples, and teaching of Jesus may signal the continued loss in American churches. The roots of which reach back to the origins of either Incarnational Christology or Adoptionist Christology both of which found a footing in ancient Jewish covenant belief. The choice of becoming at one with the Creator by ‘acting on’ the gospel of Jesus may result in a trembling before God, a terrible good. The reversal of the failing and irrelevance of Christianity today rests on American churches making significant choices whether God exists, which covenant it follows, if the Christologies remain intact, ecclesiology reformation, and which doctrinal issues are deemed necessary.”
Published by Fulton Books, Bruce E. Voran’s book is a brilliant discussion that expounds on the subject of Christianity today. This brings to the readers a look at why Christianity is seemingly deemed irrelevant in modern times.
This is an insightful and compelling read for everyone who wishes to explore the change in American churches at present.
Readers who wish to experience this well-written work can purchase “Trembling Before God” at bookstores everywhere, or online at the Apple iTunes Store, Amazon, Google Play or Barnes & Noble.
Please direct all media inquiries to Gregory Reeves via email at gregory@fultonbooks.com or via telephone at 877-210-0816.
Source: Fulton Books