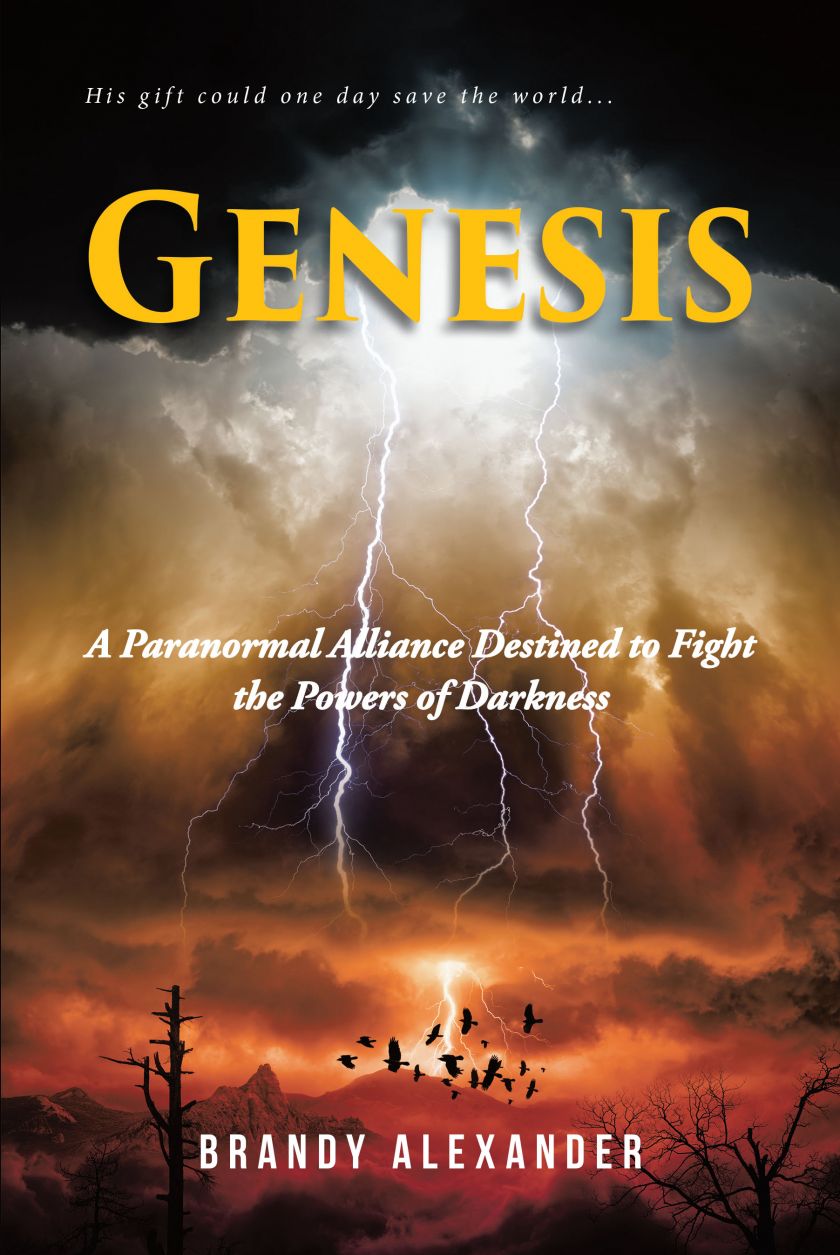 Brandy Alexander, a native Texan, avid reader, artist, and creative designer who graduated from Stephen F. Austin State University with a degree in secondary education, has completed her most recent book “Genesis: A Paranormal Alliance Destined to Fight the Powers of Darkness”: a riveting mystical journey of a man who can talk to otherworldly beings that leads him to discover an imminent battle against evil for humanity’s sake.
Brandy writes, “Clayton is an interesting man with an even more interesting gift: the ability to talk to ghosts. But life wasn’t always so strange for Clay. After his older brother dies while saving him from drowning beneath the broken ice, twelve-year-old Clayton York awakens to discover he can communicate with his brother’s spirit. His unique relationship with his ghost brother is a strange source of comfort to him as he grows up and learns to hone his gift. His supernatural ability to see earthbound spirits makes life difficult, but living with them can be a real trial. Along with the unusual group of wise-cracking friends he now lives with in Las Vegas, Nevada, Clay must unravel a peculiar string of violent behavior and murders involving the occult. Can they figure out how to stop demons from destroying the world as they know it? Racing against the clock to save humanity, Clay follows a path of self-discovery as he finds out what having true Faith really means. Clayton is drawn into an unlikely alliance with non-corporeal friends, spirits, angels, and priests destined to fight the powers of darkness before all hell breaks loose.”
Published by Fulton Books, Brandy Alexander’s book follows the astounding moments of a psychic and his fate to fight the looming danger of hellish scale with the help of his supernatural allies.
This book is a captivating read that strikes the heart and mind with paranormal intrigue that connects life and death in an eternal cycle of reality.
Readers who wish to experience this enigmatic work can purchase “Genesis: A Paranormal Alliance Destined to Fight the Powers of Darkness” at bookstores everywhere or online at the Apple iTunes store, Amazon, Google Play, or Barnes and Noble.
Please direct all media inquiries to Gregory Reeves via email at gregory@fultonbooks.com or via telephone at 877-210-0816.
Source: Fulton Books