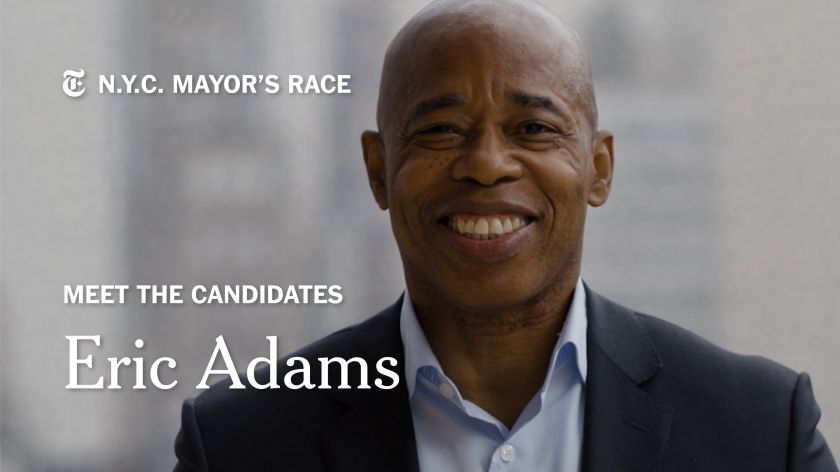 Sir Gary Sze Kong, the chairman of the board for the Global Hero Foundation, businessman and founder of The Invisible Mask, Classic New York Beer, and The 1 Wine, knows what it is like to come from humble beginnings. Sir Gary Sze Kong, a Chinese immigrant, faced hardships at the age of 16. He, too, wanted to make a difference in his life and in America. This is why he is supporting local Borough President Eric Adams’ campaign to become the Mayor of New York.
Sir Gary Sze Kong stated, “Like so many New Yorkers, Borough President Eric Adams grew up with adversity” — and overcame it. As one of six children, born in Brownsville and raised in South Jamaica by a single mom who cleaned houses, Eric and his family did not always know if they would come home to an eviction notice on the front door or food on the table. And when he was beaten by police in the basement of a precinct house at 15, Eric faced a life-changing act of injustice.

But instead of giving in to anger, Eric turned his pain into purpose and decided to change the police department from within. He joined the NYPD and became one of its most outspoken officers, calling out racism and bias in the department and pushing for major reforms.

As a founder of 100 Blacks in Law Enforcement Who Care, Eric would often police the streets in a bulletproof vest one day during the high-crime 1980s and 1990s and protest bad behavior by cops the next, marching side by side with his fellow civil rights advocates. He rose to the rank of captain, helping to build the first computerized system for tracking crime in the city, which led to historic gains in public safety.

Eric’s efforts to change policing began his lifelong work to improve and protect New York. From the NYPD, he moved on to the State Senate, where he represented sections of central and Brownstone Brooklyn. In Albany, Eric built winning coalitions to advance New York City’s values and goals, helping to push through measures to protect tenants and workers, combat gun violence, end the NYPD’s abuses of stop and frisk, and advance human rights — including marriage equality. He also became the first person of color to chair the Senate’s Homeland Security Committee.

Eric was then elected Brooklyn Borough President in 2013 by putting together a diverse coalition of Brooklynites to become the borough’s first Black leader. As the representative of one of the nation’s largest counties, Eric fought tirelessly to grow the local economy, invest in schools, reduce inequality, improve public safety, and advocate for smart policies and better government that delivers for all New Yorkers. When the COVID-19 pandemic struck the city, Eric moved a mattress into his office and worked around the clock to deliver donated meals and PPE to essential workers and vulnerable New Yorkers, demanding the government produce more equitable relief.
Eric is a lifelong New Yorker. He received his master’s degree in public administration from Marist College and is a graduate of New York City Technical College and the John Jay College of Criminal Justice. He is also a proud product of New York City public schools, including Bayside High School in Queens. Today, he lives in Bedford-Stuyvesant, where he has resided for over 20 years.
Voters need to see, hear and read that Brooklyn Borough President Eric Adams has spent his life tackling our toughest problems. As mayor, he’ll tackle rising crime — head-on. Eric was a victim of police brutality as a kid — then became a police officer to take on racism from within. Eric will reform New York’s police department to crack down on misconduct. And Adams will take action to prevent gun violence, violent crimes, and hate crimes before they occur — to keep New Yorkers safe.
As a lifelong New Yorker who faced homelessness, hunger, economic hardship and brutality at the hands of police as a young man, Eric knew all too well the systemic problems that have kept the city from reaching its true potential for generations. Eric Adams states, “Now that we face this pandemic and its economic fallout, we must ask ourselves a question that will determine the future of our city: Are we going to try to fix our old problems, or just our new ones? Each mayoral candidate must answer that question and then provide real, actionable ideas and goals to help us reach new heights.”
That is why Eric Adams is sharing more than 100 things he plans on putting into action as mayor to ensure a better future while addressing both the challenges of the present and the inequities of the past. Adams believes all of these steps forward are guided by a simple truth: government inefficiency leads to social injustice. And Sir Gary Sze Kong says Adams’ steps will make New York’s government smarter and more effective in order to provide a safer, fairer city that is better prepared for the future.
For more information on the 100 things he has plans to put into immediate action, click here: Eric Adams for Mayor.
Press Inquires
Billie Mitchell
bm@billiemitchellpr.com
Source: Global Hero Foundation