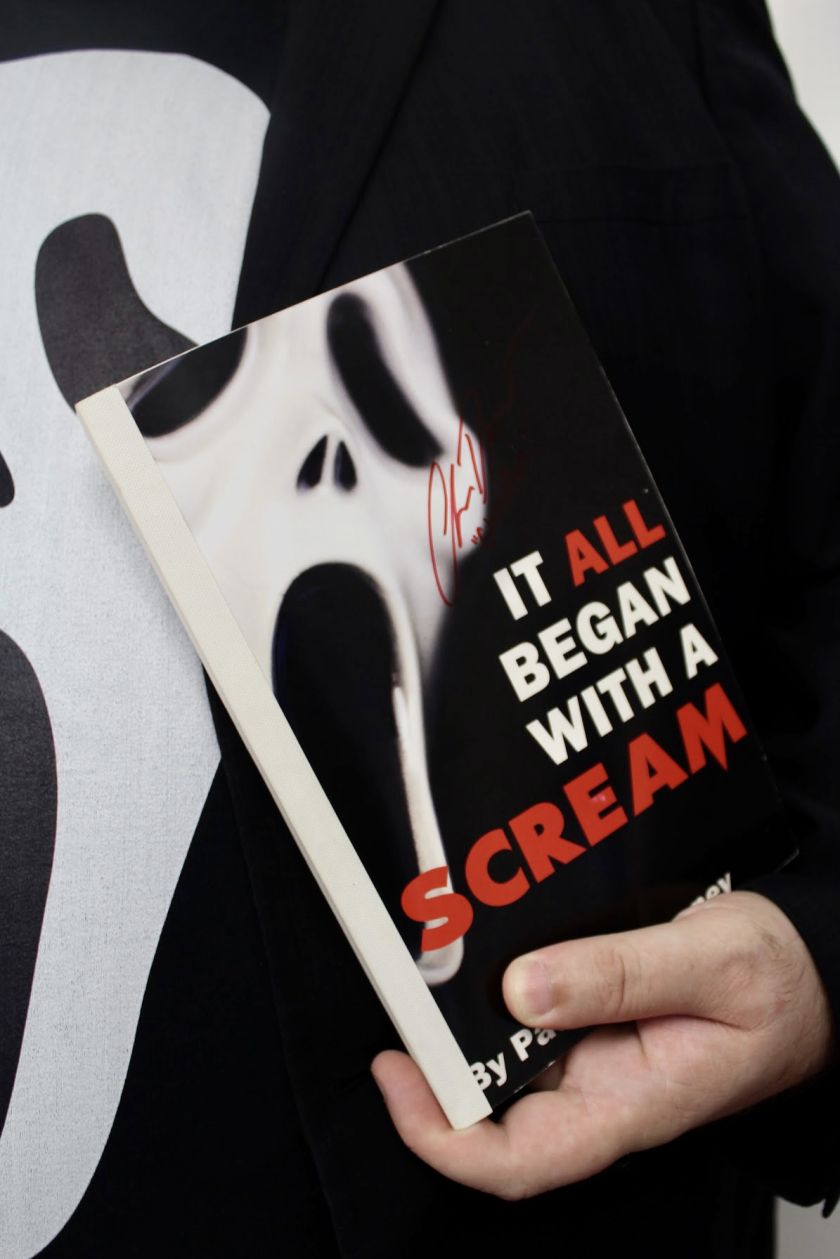 With Halloween nearly upon us, author Padraic Maroney is setting out to unmask the mystery that is Scream. With the Scream franchise’s 25th anniversary rapidly approaching in December, Maroney still feels the films’ impact. In his new book, It All Began with a Scream, Maroney provides readers with unique insights into the horror movie series that left us all wanting more.
With 30 interviews conducted with cast and crew members, such as actors Jamie Kennedy Liev Schreiber, Rose McGowan, Academy Award-nominated composer Marco Beltrami, director Patrick Lussier, and producer Julie Plec, It All Began with a Scream takes an unauthorized look at what it took to develop the film series that forever moved American culture. Initially expected to flop, Scream quickly became a word-of-mouth phenomenon. Fast forward 25 years, the Scream franchise’s fifth movie is set to be released in January 2022. Excitement brews as it seems that It All Began with a Scream couldn’t have come at a more perfect time.
“From a bidding war to buy the original script, to studio meddling, lawsuits, and a director who created a family atmosphere on his film sets, It All Began with a Scream is a must-read for horror aficionados, film buffs, and anyone fascinated by Hollywood,” says Maroney.
Even after almost 25 years, Maroney still feels inspired by the film series that pushed him to become a writer. With behind-the-scenes looks at what went into the making of one of the most influential horror films of all time, Maroney is eager to share the untold stories of Scream.
Published by Bearmanor Media, It All Began with a Scream is available for purchase on Kindle and Amazon Books. Visit It All Began with a Scream on Instagram (@ItBeganWithAScreamBook) for more information. For press inquiries and/or media requests, please contact Dominique@PhillyPRGirl.com
###
About Padraic Maroney:
Padraic Maroney is an award-winning Marketing professional, writer, and now author from Philadelphia, Pennsylvania. He studied at West Chester University, where he received his degree in communications and media studies. After gaining extensive experience in communications, Maroney decided it was time to chase his dreams and become an author. Maroney pays tribute to the franchise that inspired him to become a writer with his first book to hit the shelves, It All Began with a Scream.
Source: Author Padraic Maroney