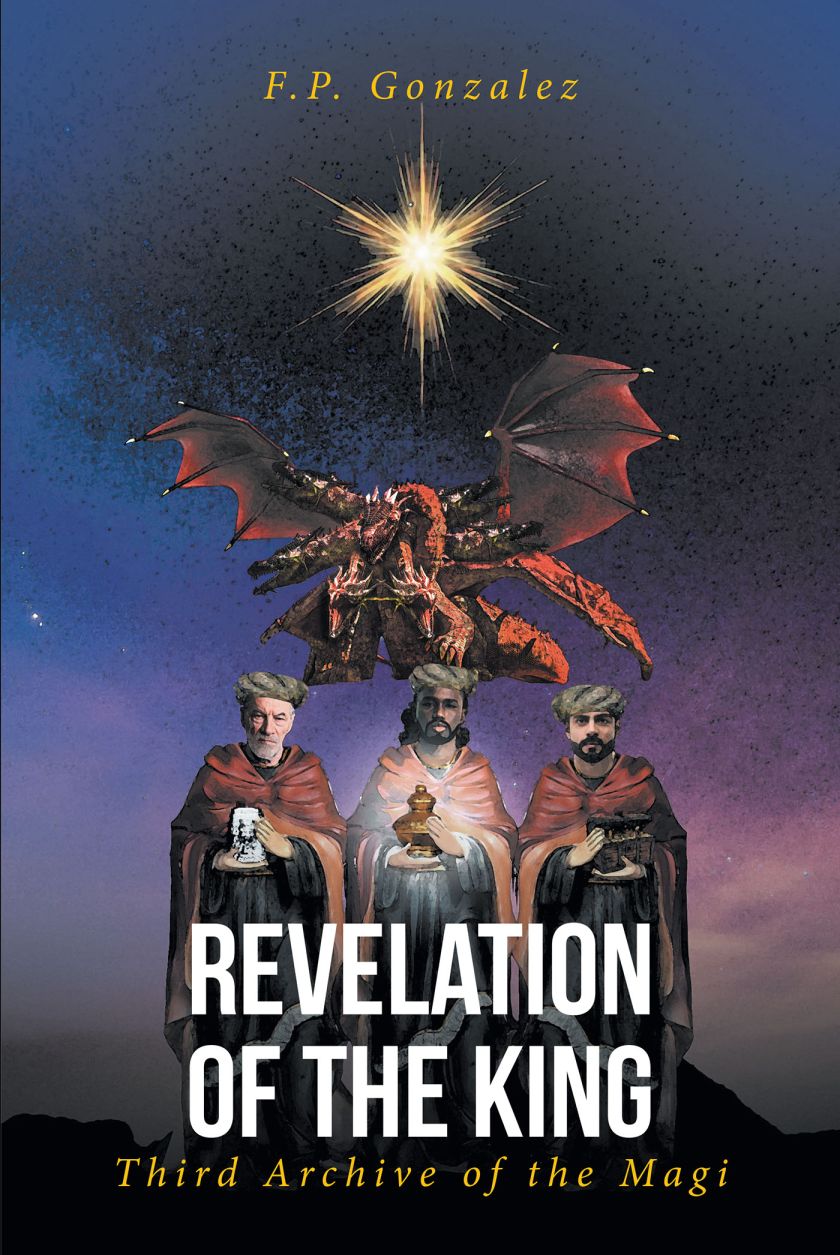 F.P. Gonzalez has completed his new book “Revelation of the King: Third Archive of the Magi”: a potent tale that serves as the stunning conclusion for the author’s historical fiction series.
Author F.P. Gonzalez writes, “Melchior and Balthasar stood together, convinced that trying to escape would be futile as they braced for the arrival of the only other assassin remaining on horseback. Melchior held daggers in each hand while Balthasar tightly gripped his olive staff. Waving a long sword, the attacker charged toward the two mobads.”
He continues, “Motivated to action from a well of reinvigorated anger and hatred, Balthasar fought not for self-preservation but for Melchior, for Caspar, for the child king, for humanity. He faced the black hooded attacker with feet firmly planted on the desert sand, face stern and determined. With a loud yell filled with malicious intent, Balthasar struck his staff on the horse’s chest, causing the animal to rear upward, both front legs raised and prepared to trample the dark-skinned priest. Balthasar evaded the dangerous hooves, directing his attention at the rider, and again, swung his wooden weapon with such ferocity that it only had one purpose in mind—to kill. But neither the beast nor the man reacted to the powerful blows. As he watched the muscular stallion recover, the Ethiopian instinctively blocked the assassin’s swinging blade with his dula and shuffled toward the backside of the horse to avoid the continuous pommeling. But to no avail; the horseman skillfully redirected his mount, pulling on the reins to follow Balthasar’s movement.”
Published by Covenant Books of Murrells Inlet, South Carolina, F.P. Gonzalez’s new book pulls readers in with a compelling narrative that highlights the righteousness of Jesus.
Readers can purchase “Revelation of the King: Third Archive of the Magi” at bookstores everywhere, or online at the Apple iTunes store, Amazon or Barnes and Noble.
Covenant Books is an international Christian-owned and operated publishing house based in Murrells Inlet, South Carolina. Covenant Books specializes in all genres of work which appeal to the Christian market. For additional information or media inquiries, contact Covenant Books at 843-507-8373.
Source: Covenant Books