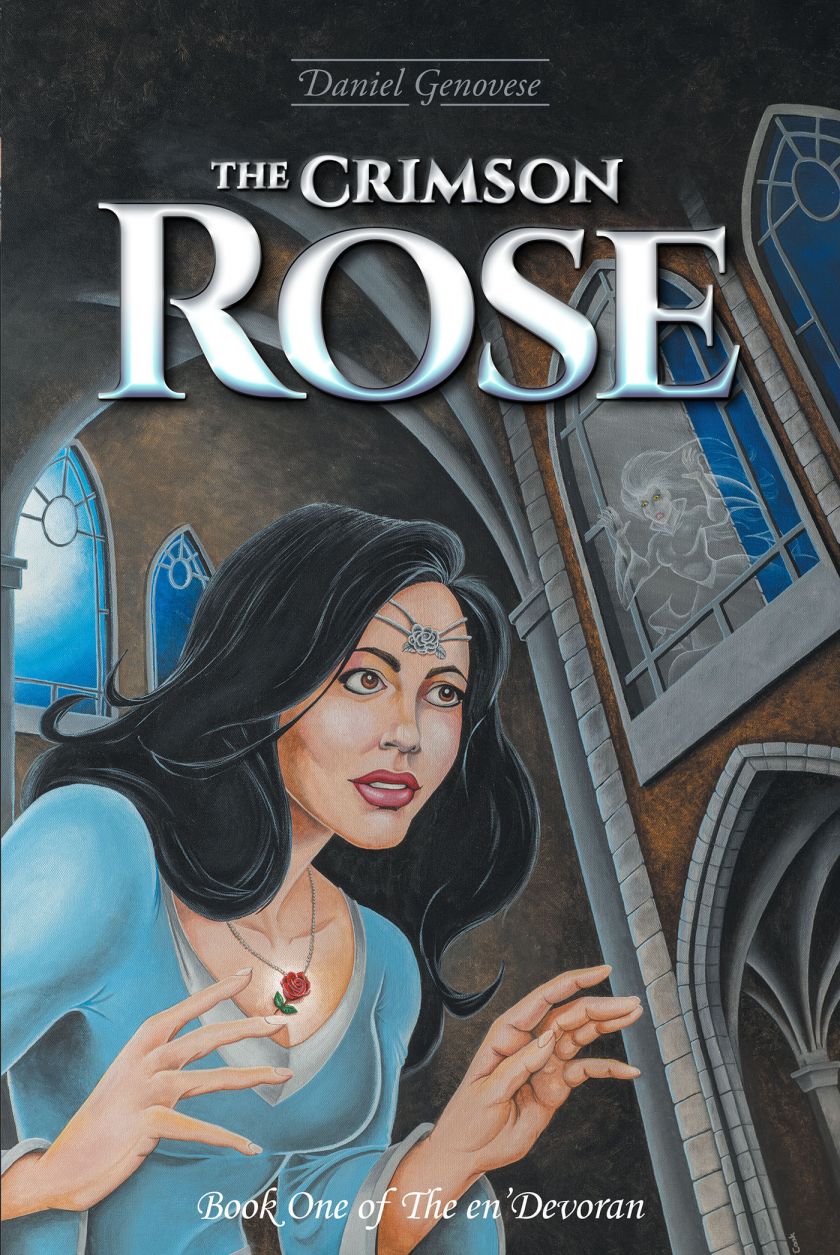 Daniel Genovese, a New Jersey native currently residing in Georgia who obtained a degree in architecture from the University of Notre Dame, has completed his new book, “The Crimson Rose: Book One of the En’Devoran”: a gripping and potent fantasy tale detailing the reign of Queen Felanya.
Daniel writes, “Estevius lifted himself from the soft confines of the chair and stepped to the window. As his eyes roved the city, taking in the long meandering roads, proud buildings of stone and wood, and the stands of great pines that flanked the Lady’s three temples, Estevius understood why the queen favored this room. Far enough removed from the household’s everyday workings that little could disturb her here, she could let down her guard and be just Felanya the woman, not Felanya the queen. She could look upon her city, her people, and see the wondrous whole instead of the myriad little details that plagued any conscientious sovereign: taxes and councils and complaints from a multitude of advisors that had their own personal agendas and desires.”
Published by Newman Springs Publishing, Daniel Genovese’s enchanting tale details the trials and tribulations that Queen Felanya faces as the ruler of Devora. She started out undefeated in war and diplomacy. However, her winning streak collapses after her youngest daughter is involved in a tragic accident. Queen Felayna’s healing powers are unable to heal her daughter’s broken mind. This results in the Queen falling into a depression, withdrawing from everything and everyone. Due to the Queen’s neglect of her duties, her enemies are able to gain control in Devora. The high council finds ways to siphon riches and power from the throne. Missionaries, called the Patrim, build a cathedral in honor to the Lord in the center of Devora, enticing Queen Felayna’s subjects to follow them instead.
Everything changes when the Queen gives birth to another daughter. This renews the Queen’s hope and snaps her out of misery. She becomes determined to restore Devora to its former glory. However, this path will not be easy. Felayna’s enemies attempt to destroy her by performing a forbidden ritual that sacrifices a gifted child, one of the Lady’s chosen. As a war commences, her daughter that was in the accident, Etherea rouses and has visions of murder and fire. Readers will discover if Queen Felayna will succeed in bringing Devora to its former glory or if her enemies will finally destroy her.
Readers who wish to experience this mesmerizing work can purchase “The Crimson Rose: Book One of the En’Devoran” at bookstores everywhere, or online at the Apple iBooks Store, Amazon, or Barnes & Noble.
For additional information or media inquiries, contact Newman Springs Publishing at 732-243-8512.
About Newman Springs Publishing:
Newman Springs Publishing is a full-service publishing house for serious authors. Each title produced by Newman Springs Publishing undergoes every step of the professional publishing process, including editing, layout, cover design, circulation, distribution, and publicity. All titles are made available in both e-book and print formats. Newman Springs Publishing distributes to tens of thousands of retail outlets throughout North America and internationally. All manuscripts in any genre are welcome to be submitted for review; if the manuscript meets the necessary criteria and is accepted for publication, Newman Springs Publishing will work closely with the author to bring the book to the retail market for a relatively inexpensive initial investment.
Source: Newman Springs Publishing