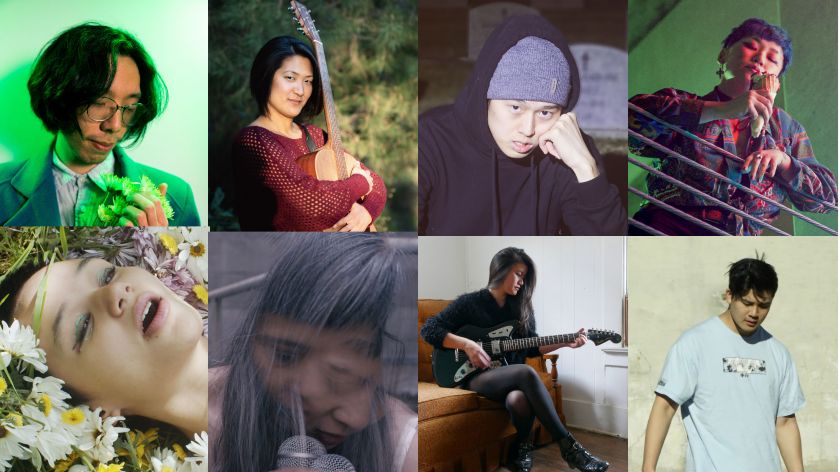 Co-created by Simon Tam, the brainchild of The Slants and The Slants Foundation, AsianAmericanMovies.com (AAM.tv) is launching and streaming Asian American Music Video Fest (#aamvfest) Season 2 free, worldwide today, Friday, April 8, 2021.
To #rockgainsthate and #fightasianhate, AAMV Fest is the first Asian American music video series to be released bi-monthly, free to stream for the world on AsianAmericanMovies.com (AAM.tv). Each season of AAMV Fest will feature eight music videos by up-and-coming Asian American artists with an introduction by a member of The Slants and The Slants Foundation.
AAMV Fest Season 2 will stream a series of eight music videos free to the world: Kate Brunotts’ “Still a Rat,” Lowhi’s “Sliced Fruit,” Devyn Moon’s “Remedy,” Keepitinside & KA$TRO’s “Zombie,” Dao Strom’s “Traveler’s Ode,” Wind Meets West’s “Chasing,” Ariel Bui’s “Appraisal,” and Pattie Lin’s “Ride.”
“Representation is more important than ever, and these artists represent so many facets of the Asian American musician,” said Joe X Jiang, guitarist of The Slants and board member of The Slants Foundation. Joe X Jiang introduces Season 2 of AAMV Fest.
Celebrating AAPI Heritage Month, Asamnews.com, The Slants Foundation, and Asian American Movies (AAM.tv) are organizing a free #rockagainsthate concert on Thursday, May 6, streaming live worldwide at 6 p.m. Pacific Time / 9 p.m. Eastern Time. The virtual concert will feature The Slants, Dan aka Dan featuring Priska, Wind Meets West, Ting Lin, and Wu Am I. Fresh Off the Boat’s Hudson Yang and comedian Amy Hill will emcee the live event with special messages from AAPI luminaries such as Lea Salonga, Tamlyn Tomita, and the Linda Lindas. RSVP on theslants.org/rockagainsthate.
The Slants are the first and only all-Asian American dance rock band in the world. They’ve been featured on/in Conan O’Brien’s Team Coco, The Daily Show with Trevor Noah, Rolling Stone, Pitchfork, SPIN, and thousands of radio and tv stations around the world, but they’re perhaps best known for winning a landmark case against the government in the Supreme Court of the United States. Since retiring from live performances in 2019, the band has dedicated their platform and resources to supporting Asian American artists engaged in activism through their non-profit organization, The Slants Foundation.
ASIAN AMERICAN MOVIES (AAM.tv) offers a curated slate of acclaimed Asian American movies, documentaries, short films, and shows for you on the go. It’s available on the web and via Android and IOS devices.
Stream AAMV Fest now: https://www.asianamericanmovies.com/aamvfest
AsianAmericanMovies.com | AAM.tv | #aamvfest
#rockagainsthate, #fightasianhate
Press contact: mail (at) marginfilms (dot) com
Source: AsianAmericanMovies.com