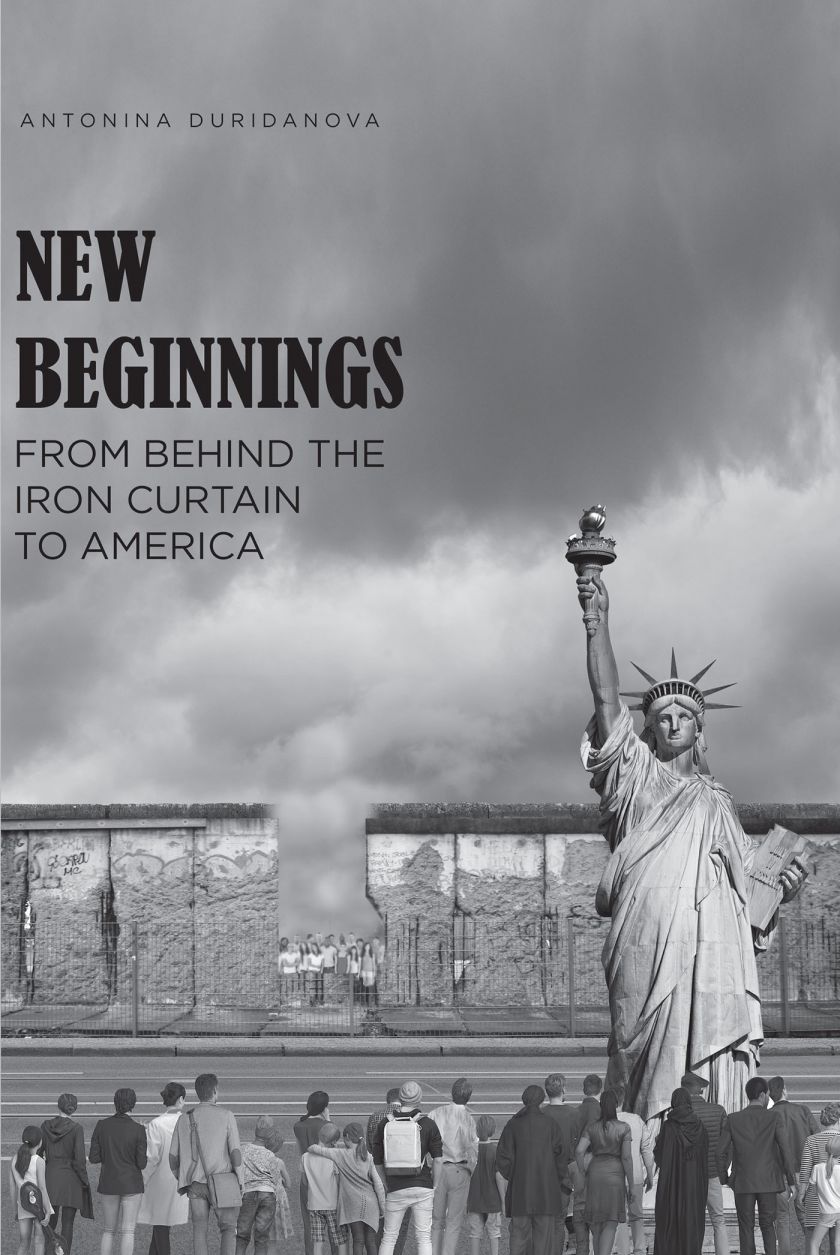 Fulton Books author Antonina Duridanova, a tax consultant from the United States Treasury in Bulgaria, has completed her most recent book, “New Beginnings: From Behind the Iron Curtain to America”:  an engrossing read about a Bulgarian refugee who shares what life is like in a communist society and how her determination allows her to achieve the freedom she desires and finally bring a great contribution and hope for Bulgaria.
Antonina writes, “Burning with desire to share the value of freedom, Antonina takes you from her plight in communist Bulgaria to the free shores of America. Following unfortunate events of life in a totalitarian regime in Bulgaria, Antonina bids goodbye to her homeland and flees to the Western world. She provides true experiences and observations of what life is in a communist society—her family’s lands and cattle being confiscated by the agricultural labor cooperatives; the censorship of the press and any literal, artistic, and scientific works from the West; religion being prohibited; and any deviation from the norm leading to detention in a labor camp. Her last crossing of the Bulgarian-Yugoslavian border almost costs Antonina her life and makes up her mind to never go back. She describes her life as an immigrant at the refugee camp in Traiskirchen, Austria, while waiting for an American visa.
“Antonina is ecstatic when the plane cruises over the Statue of Liberty and lands in the most amazing city in the world—New York. She describes how she could taste, smell, feel, and touch freedom as she gets off the plane, ready to embark on new adventures. Antonina gets educated and becomes a good specialist in taxation, working for the United States Treasury Department. Ultimately, after the fall of the Berlin Wall, she is invited to go back to Bulgaria and fix a broken tax system as a representative of the United States government. Her work in the newly democratic society of Bulgaria paved the way for the country to become a member of NATO, escaping Soviet influence, and later being accepted in the family of the European Union.”
Published by Fulton Books, Antonina Duridanova’s book is a relevant journal of courage, sacrifice, determination, and love for family and friends. It also shares the truth about justice and the importance of desiring to live a decent and free life in order to pursue one’s dream and happiness. The book is relevant to contemporary issues of democracy, freedom, immigration, education in the inner city.
Readers who wish to experience this exceptional work can purchase “New Beginnings: From Behind the Iron Curtain to America” at bookstores everywhere, or online at the Apple iTunes Store, Amazon, Google Play or Barnes & Noble.
Source: Fulton Books