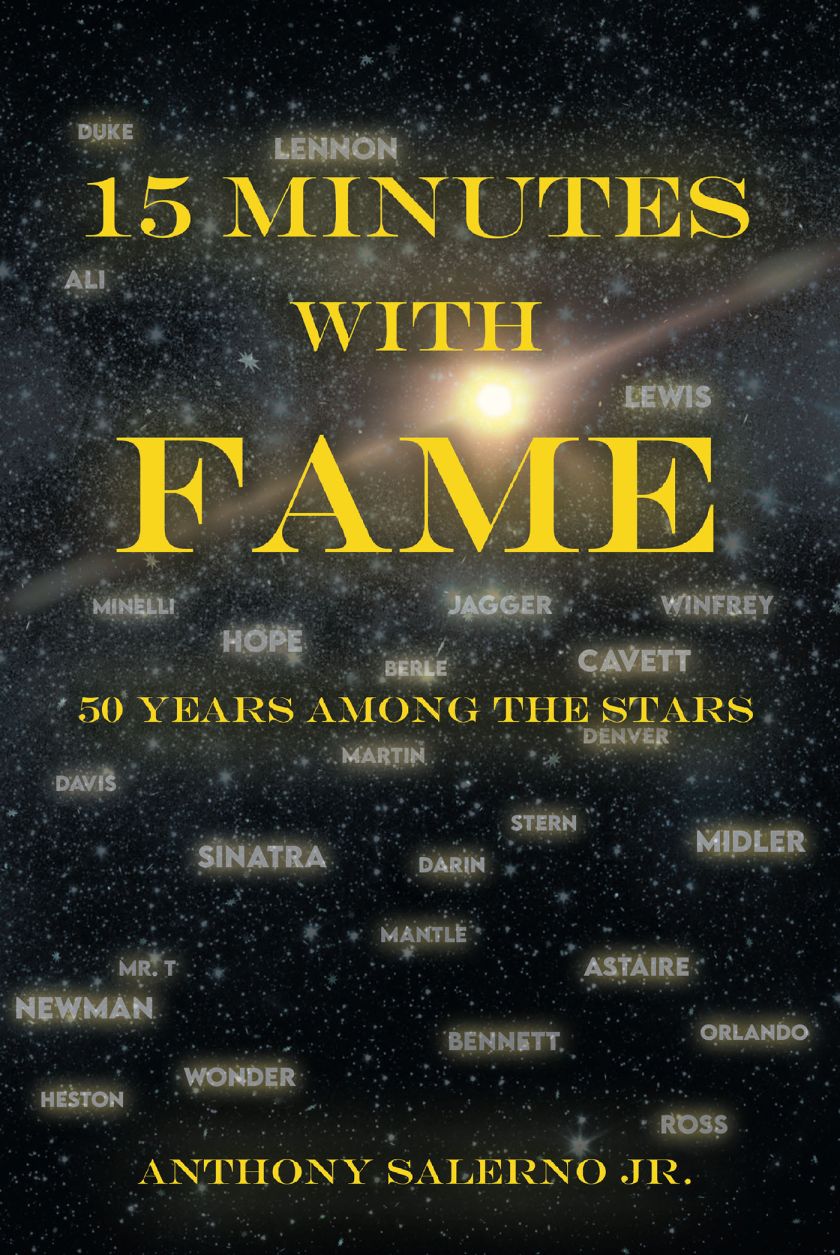 Fulton Books author Anthony Salerno Jr., who was born and raised in New York City and worked in the entertainment industry for 50 years, serving as a producer, creative director, and director for shows and events around the world, has completed his most recent book “15 Minutes with Fame: 50 Years Among the Stars”: a fascinating memoir that follows the author’s career and the interactions he experienced with various celebrities.
“It’s showtime, and I’m the outwardly cool, inwardly nerve-racked person responsible for everything going right and the audience responding with massive applause and cheers of approval at the end,” writes Salerno. “I’m a professional producer—a hired gun—a show guy who knows all the parts and people necessary to create, develop, and produce any kind of theatrical production. For most of fifty years, production companies, corporations, associations and individuals have been hiring me to make their concerts, television programs, stadium spectaculars, special events, and corporate shows successful realities. And before I was a producer, I was learning my craft by doing almost every entertainment production job on the ladder, from page and gofer through writer, director, and executive producer.
“In those fifty years, I was privileged to work with some of the biggest names in show business, politics, and sports—Frank Sinatra, John Lennon, Lucille Ball, George Bush, Muhammad Ali, Liza Minnelli, and hundreds more. Some were childhood heroes of mine, some just a voice on the radio, or a name in a newspaper, but all added to the texture, color, and fabric of my professional life.”
Salerno continues, “In writing this memoir, thinking about one person or experience would often lead me to recall someone—or something—else from the distant past, which I would realize I had not thought about, or even remembered, since the day it actually happened. Obviously, I don’t remember everyone on every show I ever did; many were just names on a rundown that were handled by talent coordinators, stage managers, or other show executives. But an unexpected benefit of writing this all down has been that it has become quite a journey of rediscovery; a chance to relive special moments.”
Published by Fulton Books, Anthony Salerno Jr.’s book is a stunning behind-the-scenes look at the entertainment industry and the incredible moments experienced by the author through his work. Readers will discover a personal and intimate memoir that will bring to life some of their favorite stars as they take a walk with Salerno down memory lane.
Readers who wish to experience this enthralling work can purchase “15 Minutes with Fame: 50 Years Among the Stars” at bookstores everywhere, or online at the Apple iTunes Store, Amazon, Google Play, or Barnes & Noble.
Please direct all media inquiries to Author Support via email at support@fultonbooks.com or via telephone at 877-210-0816.
Source: Fulton Books