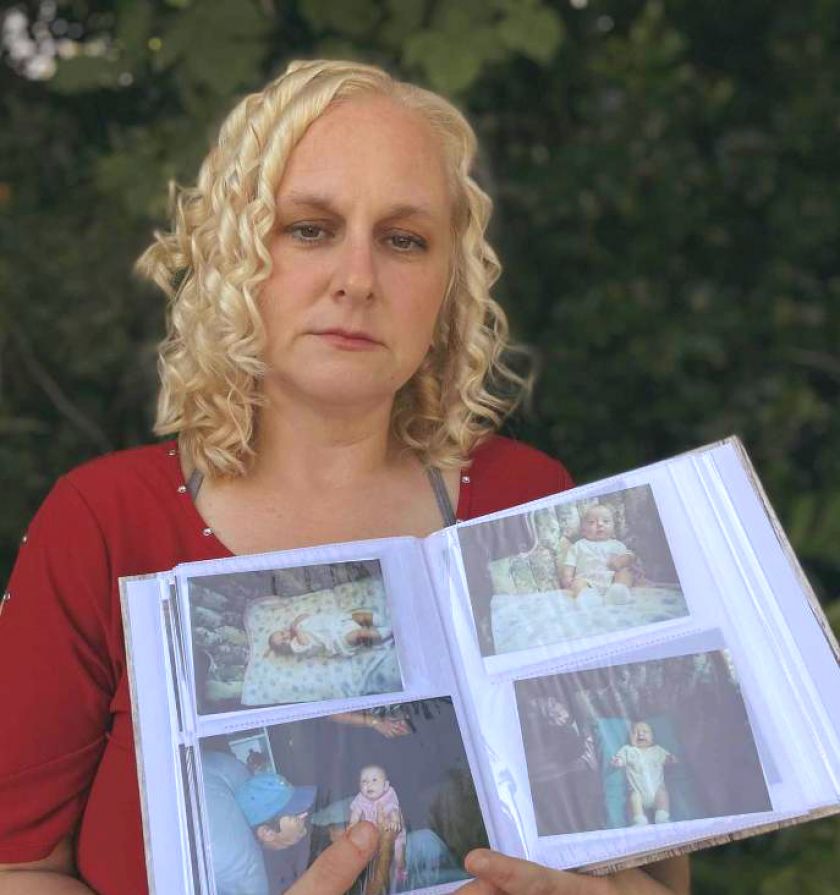 “An Angel Named Sadie,” a moving new book written by Natalie Johnson, takes the reader on an emotionally raw, painfully honest journey chronicling the unthinkable — the death of the author’s three-month-old child. “Ultimately, though, it’s a love story about how a sweet little angel named Sadie transformed my life,” said Johnson, who spent 15 years quietly writing and re-writing the book often through a veil of tears.
“An Angel Named Sadie” opens with Natalie, just 19 at the time, rushing around getting ready for her best friend’s wedding where she’d be singing. Three months earlier, Sadie was born after doctors induced labor 38 weeks into her pregnancy. Considered a “full-term preemie,” Sadie weighed under 4 1/2 pounds and suffered from a serious heart defect requiring surgery every five years until she was 18. “I was devastated, but relieved she could be helped medically,” remembers Johnson, whose parents were babysitting Sadie that evening.
When Natalie arrived home around 9 p.m., she knew something was off … In fact, she had felt a sense of foreboding all evening. “My father was sitting in the rocking chair and said, ‘We need to talk … we had to take Sadie back to the hospital,’ Johnson writes. “What he said next would shatter my world. ‘At 6:00 p.m., she died.’ I was stunned, I could not believe it, my baby, my daughter, my sweet Sadie was gone!”
“An Angel Named Sadie” is a revealing self-portrait that runs the gamut of emotions and dramatic events leading up to and following her daughter’s death.  There’s a verbally abusive, controlling boyfriend turned absentee father, a crime for which Natalie pleaded guilty, the day they met an angel, a struggle for air, and life after Sadie. Above all, “An Angel Named Sadie” is the story of how a beautiful child with a faulty heart would inexorably alter the author’s life forever. Five years after Sadie’s death, Johnson noted, “I am now a wife and a mother; I have a 3-year-old little boy named Deandre, and Sadie, well, she taught me how to be the kind of mother I want to be.”
Another decade would pass before Johnson, 39, completed her labor of love, “An Angel Named Sadie.”  “I’m a grandmother now and still married to the same amazing man, Dexter. All my kids are grown and a couple have kids of their own, and I love them all so much. This was my chance to give back,” she says. “To communicate through Sadie’s story that people should never grieve alone … that the pain never fully goes away, but it does get better over time. Finally, I would encourage people to tell those you love that you love them often, so you never have to question if they knew how much you cared.”
‘An Angel Named Sadie’ is available at Amazon.com.
Source: Natalie Johnson