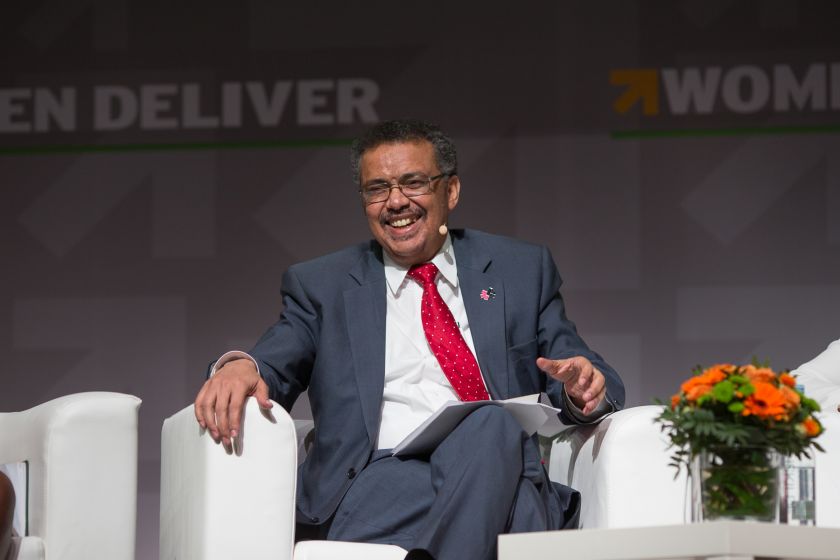 David Steinman, the American economist who was nominated for the Nobel Peace Prize in 2019 and who has strongly criticized World Health Organization Director-General Tedros Adhanom, issued a statement today warning against the WHO chief’s re-nomination. Read the full statement here: https://moneybloodandconscience.com/statement-on-tedros-adhanoms-re-nomination-as-who-director-general.
The statement by Steinman, a former senior foreign adviser to Ethiopia’s democracy movement, responds to news reported by Reuters that Tedros will run unopposed for a second term. Nominations end Sept. 23 and the election is May 22, 2022. Candidates are usually announced at the end of October.
Steinman, who authored a historical novel about Ethiopia’s Tigrayan People’s Liberation Front dictatorship, said “the odds of another pandemic during the next director-general’s term are roughly one in six— the same as Russian Roulette.”
###
About David Steinman
David Steinman was a consulting expert to the U.S. National Security Council regarding the overthrow of Haiti’s notorious “Baby Doc” Duvalier and helped shape U.S. democracy promotion policy during the Reagan administration to include right wing as well as Communist dictators. He later coordinated private support for Southeast Asian anti-communist resistance movements.
Mr. Steinman served as senior foreign adviser to Ethiopia’s democracy movement for 27 years until its 2018 victory. He co-planned Ethiopia’s 2005 civil resistance and election campaign, voted that year’s “Most Important African Event” in a BBC poll, which inspired his novel about the TPLF dictatorship, Money, Blood and Conscience.
Mr. Steinman revealed the TPLF’s human rights abuses, theft of billions from famine victims and hidden genocide in the Washington Post and Forbes. He has been quoted on Ethiopian politics in the Daily Mail, The National Review, De Telegraaf, and hundreds of traditional and online media outlets.
Last December, Mr. Steinman filed a complaint with the International Criminal Court against World Health Organization Director-General Tedros Adhanom. The news was featured on the London Times’ front page and created a global media sensation.
David Steinman has a degree in Economics from the Wharton School. He was nominated for the 2019 Nobel Peace Prize.