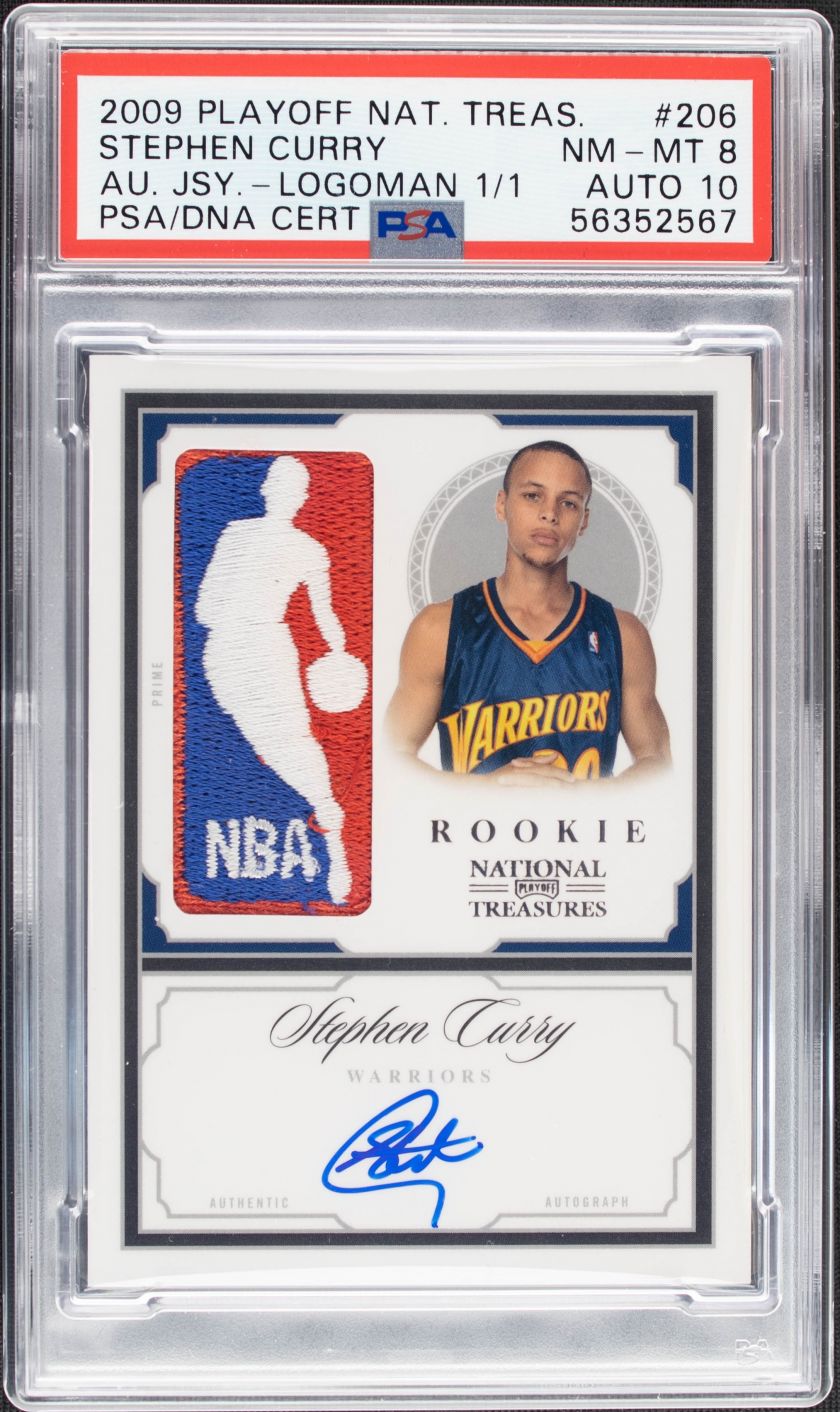 Alt Fund II, the second investment fund managed by Alt, an alternative asset investment platform rooted in trading cards, has acquired the majority ownership of the rarest Stephen Curry basketball card in the world: The 2009 National Treasures 1/1 Rookie Logoman Autograph, graded PSA 8 with a pristine 10 Auto. This card is the most valuable modern-day card, eclipsing the previous record of $5.2 million set in April by the 2003 Exquisite Lebron James Rookie Patch Auto BGS 9. The Curry Logoman card, along with Alt Fund I’s purchase of the 2003 Exquisite Lebron James Rookie Patch Auto BGS 9.5 in July 2020, are the anchors of the Alt Funds. Alt Fund I is currently up 71% since its inception in Q4 2020.
The Alt Funds invest in the best trading cards to provide uncorrelated returns with public equities. Trading cards are a $15 billion growing market and represent the intersection of culture, nostalgia, and scarcity — they are the new generation of alternative assets. Alt’s team is uniquely positioned to capitalize on this explosive market using its unparalleled data set and its ability to source rare cards. Over the last five years, founder Leore Avidar has amassed one of the world’s most coveted Kobe collections and has achieved a 152% IRR in doing so.
Avidar says of this purchase, “Steph is a generational player. Our data shows that Steph’s cards have increased 35% in value YTD — compare that to the S&P and you can see the outsized return potential.” He continues, “We believe this card’s upside is tremendous and represents the best of the best of the entire sports card market. We’re anchoring Alt Fund II to this purchase and have built a thesis with this asset at its core.” Alt Fund II owns 51% of this card.
The 2009 National Treasures 1/1 Logoman Stephen Curry card will be custodied in the Alt Vault, where over 10,000 customers’ cards worth over $50 million are securely stored. To learn more about how to invest in the Alt Fund, please visit onlyalt.com/alt-fund.
About Alt: Alt is an alternative asset platform that makes investing in trading cards as easy as investing in stocks, combining the exposure one gets from alternative asset classes with the transparency and liquidity of publicly traded stocks. Core products include the Alt Exchange, the Alt Vault, Alt Funds, and Alt Lending. For more information, visit onlyalt.com.
Press Contact: Adriana Guerrero / press@onlyalt.com / 812-325-1994
Source: Alt