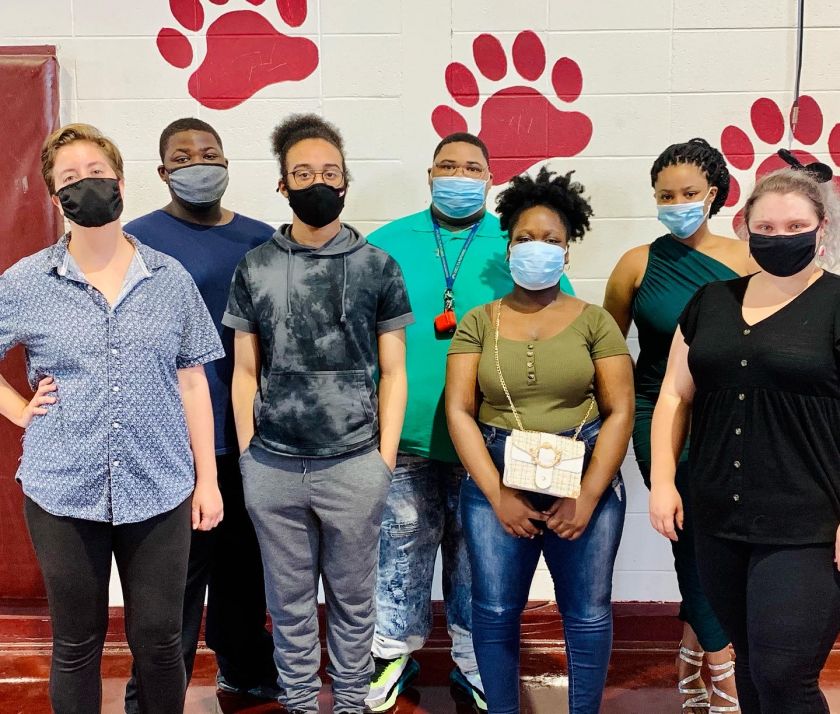 Jumpstart Test Prep recently released the ACT® improvement results for Leland High School, whose junior class used the program to prepare for the state-administered February 2021 ACT® exam (American College Testing). Following completion of Jumpstart’s complete ACT prep review, the school had 73% of its students improving their prior Science subscores by an average of 2.72 points and 67% improving their English subscores by an average of 2.6 points. Additionally, 46% of students improved their Reading subscores by an average of 2.5 points and 33% improved their Math subscores by an average of two points.
Students who achieved notable improvements in their scores were happy to provide their thoughts about the review program. On her first ACT® attempt, Leland High junior Jermya Summage achieved a 21 on her English subscore. She says Jumpstart helped her to succeed because “it provided me with an in-depth review, thorough explanation of concepts, and great tips that I could easily remember. Jumpstart really helped me to reach a good score on the ACT.” Donal Washington agrees, as his English subscore improved three points over his prior attempt. “Jumpstart gave me a lot of good advice and helped with my time management and cognitive thinking skills. It presented a lot of information that I really needed to review so I could succeed. Washington continued, “I would tell other students to use Jumpstart, it will help them to go far in life.”
Another student, Kason Shead, improved his Science subcscore by five points over his last attempt, increasing from a 16 to a 21. Shead commented, “Jumpstart helped me because I was able to learn at my own pace and not be rushed. It was an in-depth review of things I had forgotten about. Jumpstart worked really well for me.” Kemper County junior LaDarius Pratt also achieved improvements in his Science subscore, increasing four points going from a 17 to a 21. He shared, “Jumpstart is a quick, fast, and easily accessible review that helped me refresh on materials I had forgotten about. It also greatly assisted me with time management skills. Jumpstart really helped me increase my Science score and I am thankful for it.” Eriana Murphy agreed with Pratt, “Jumpstart helped me significantly in English, the review of grammar rules made the difference for me. The Jumpstart review helped me to remember things I learned in middle school and also taught me things I hadn’t learned before. It was extremely helpful.” Murphy achieved a 31.25% increase in her English subscore, improving by five points.
Jumpstart Test Prep is an online review program based on over 50 years of work by Dot McClendon, a legendary educator and Mississippi’s 19-year STAR teacher hall-of-fame inductee. “As a teacher at The Mississippi School of the Arts and several other schools during my career, I was able to help guide the preparation of students in person,” said McClendon. “Now, through our online, on-demand video review, students in Leland High classrooms, as well as classrooms around the country, around the breakfast table or on the couch at home, are able to benefit from our approach.”
All juniors at Leland High had access to the following resources:
School administrators utilized an online dashboard reflecting the video module completion progress of teachers assigned to proctor the review and/or individual student progress.
More information about Jumpstart Test Prep can be found at www.jumpstarttestprep.com.
Source: Jumpstart Test Prep