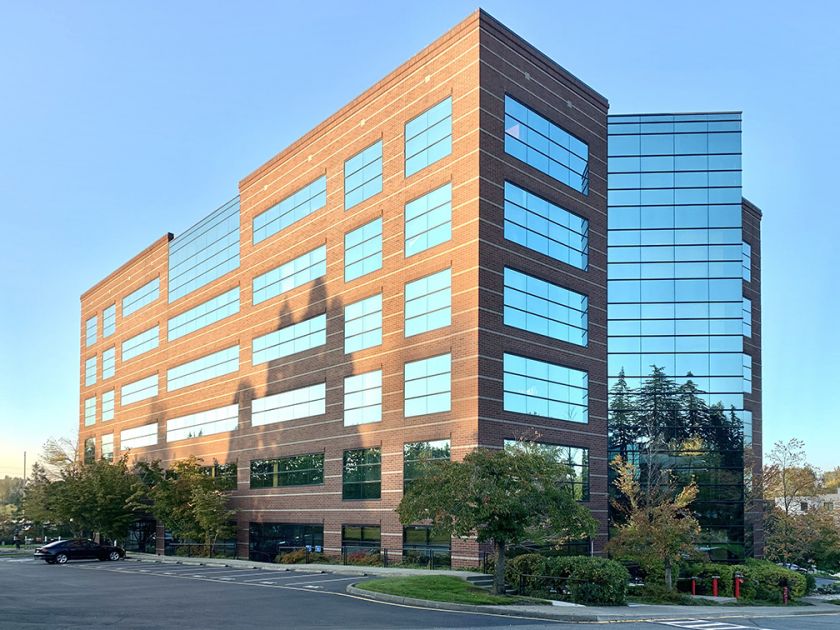 INOVUES, the window technology company that enables existing building facades to be more energy-efficient without replacement or disruption, announced today that its first project in the Pacific Northwest was completed at a fraction of the cost and 10 times faster than a traditional window replacement.
At a time when building owners are urgently being encouraged to reduce energy use and cut carbon emissions, making the process easier critically saves time and money. Replacing the windows for example, which account for up to 40% of building energy loss, is one of the most effective solutions, but it is expensive, disruptive, and takes months to complete.
INOVUES has developed a non-invasive, overglaze window retrofit system, the Glazing Shield™, that provides the same benefits of window replacement at a fraction of the cost and time, and without disruption — as this project demonstrates.
After a successful pilot at Northview Center, a 1991 class-A office building in Greater Seattle, INOVUES turned all existing single-glazed windows in the building into high-performing double-glazed windows in just two weeks, without removing or replacing anything, and the installation was done from the exterior without disrupting the tenants or risking their health and safety during COVID.
“We were able to show that window upgrades do not have to be expensive, disruptive or time-consuming anymore,” said INOVUES CEO and founder Anas Al Kassas. “Our insulating glass retrofits transformed the existing windows in-situ, helping our client achieve their sustainability goals and retain their tenants during the COVID crisis.”
Over the entire INOVUES Glazing Shield’s lifespan of at least 20 years, the estimated energy savings and carbon emissions reduction from the INOVUES retrofit of part of the Northview Center will amount to over 2 billion Btu or 586,000 kWh, which is equivalent to 415 metric tons of CO2. On average, retrofitting a single-pane window in a commercial building in the U.S. with INOVUES’ insulating glass retrofit can save 101,000 Btu or 30 kWh per square foot per year.
There is tremendous potential for reducing carbon emissions by cutting building energy use but, for that to be accomplished, retrofits need to be faster to complete, more convenient, more affordable, and more desirable. The INOVUES project in Seattle is a perfect example of how this can be done. Also, INOVUES has partnered with the Northwest Energy Efficiency Alliance (NEEA) to incentivize building owners in the Pacific Northwest to retrofit poor-performing windows.
INOVUES has received several awards for its patented technology and was featured by Bill Gates’ Breakthrough Energy in its 2021 Climate Action Playbook as a solution to remedy the significant energy loss from windows in existing buildings.
Read more about this project and view before-and-after photos here. Sign up for a webinar to learn more about the benefits of INOVUES’ insulating glass retrofits or visit INOVUES at the Building Owners and Managers Association (BOMA) 2021 International Conference and Expo in Boston this October.
ABOUT INOVUES:
INOVUES transforms existing building facades and windows into high-performing systems that incorporate the latest energy-saving and smart glass innovations without removal or replacement. Through its patented insulating glass retrofit technology, INOVUES offers building owners a high-ROI, non-disruptive solution to save up to 40% on energy consumption, improve occupant thermal and acoustic comfort, and increase the value and sustainability of the building. For more information, visit the INOVUES website.
Press Contact:
Hannah Miller
pr@inovues.com
Source: INOVUES, Inc.