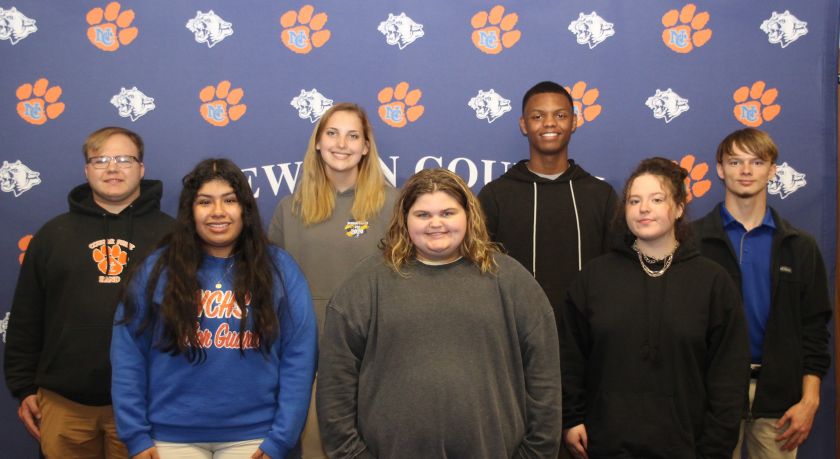 Newton County High School has a mission of pursuing perfection by providing a challenging education, as well as developmental guidance for their students. A prime example of this guidance was displayed in the recently announced ACT® exam score improvements for their junior students utilizing the Jumpstart Complete English ACT prep review to prepare for the state-administered February 2021 ACT® exam (American College Testing), 75% of the students with a prior English ACT® score improved an average of 3.48 points above their best prior attempt. Furthermore, 67% of the students improved their overall composite score by an outstanding average of 3.28 points. The program was provided by a 2020 legislative grant administered through the Mississippi Department of Education.
Newton County High School’s Principal, Dawn Hollingsworth, shared, “We are immensely proud of the results that our students achieved after preparing with Jumpstart Test Prep. An average increase of 3.48 points for 75% of those with a prior score in English is remarkable! We look forward to implementing Jumpstart’s Complete ACT Prep during the 2021-22 school year. We are confident that the results benefitting from the use of Jumpstart will give students scholarship opportunities that they otherwise may not have been able to achieve. We are happy to make this investment into the future of our students.” Missy Johnson, an English teacher at Newton County who implemented the Jumpstart review program in her classroom, was appreciative of the resource: “I enjoyed Jumpstart Test Prep so much. It was easy to implement; the kids were able to do the review themselves with me just simply reinforcing the materials. I really loved using Jumpstart in my classroom!” Johnson had one student comment about Jumpstart: “I’m going to be honest, I’ve learned more in the last two days than I have in the last 12 years.” Johnson is very proud of the improvements that her students realized this year on the ACT.
Several students, who achieved outstanding results in the English subsection of the ACT®, were eager to provide their thoughts about the Jumpstart review program. Marilyn Martinez, who had the highest percentage improvement at Newton County and improved her English score by 7 points, said, “I really liked the videos and different presenters that the Jumpstart review program uses. They reviewed grammar rules that I had forgotten and that helped me a lot.” Cameron Gressett achieved a remarkable score of 25 in the English subsection on his first attempt and he agreed with Martinez. “Jumpstart had a variety of presenters who taught with positive energy. The review simplified and brought back English tips I had forgotten.”
Another Newton County junior, Jacob Duncan, scored a 20 in English on his first attempt. Duncan added, “Jumpstart helped me because it reminded me of details I had completely forgotten about. Also, I am a highly visual learner and being able to watch the videos and see the presenters really made a difference for me.” Makenzie Sessions realized a 22 in the English subsection of the ACT on her first attempt, “Jumpstart helped me significantly in English because it reviewed the basics of grammar and punctuation.” John Graham doesn’t necessarily enjoy studying but because his school implemented Jumpstart in the classroom, he had a forced study and he was proud to achieve a 22 in English on his first attempt. “If I would not have had Jumpstart Test Prep at school, I would not have done as well. I am thankful for it.”
Jumpstart Test Prep is an online review program based on over 50 years of work by Dot McClendon, a legendary educator and Mississippi’s 19-year STAR teacher hall-of-fame inductee. “As a teacher at The Mississippi School of the Arts and several other schools during my career, I was able to help guide the preparation of students in person,” said McClendon. “Now through our online, on-demand video review, students in Newton County classrooms, as well as classrooms around the country, around the breakfast table, or on the couch at home, are able to benefit from our approach.”
All juniors at Newton County had access to the following resources:
School administrators utilized an online dashboard reflecting the video module completion progress of teachers assigned to proctor the review and/or individual student progress.
More information about Jumpstart Test Prep can be found at www.jumpstarttestprep.com.
Source: Jumpstart Test Prep