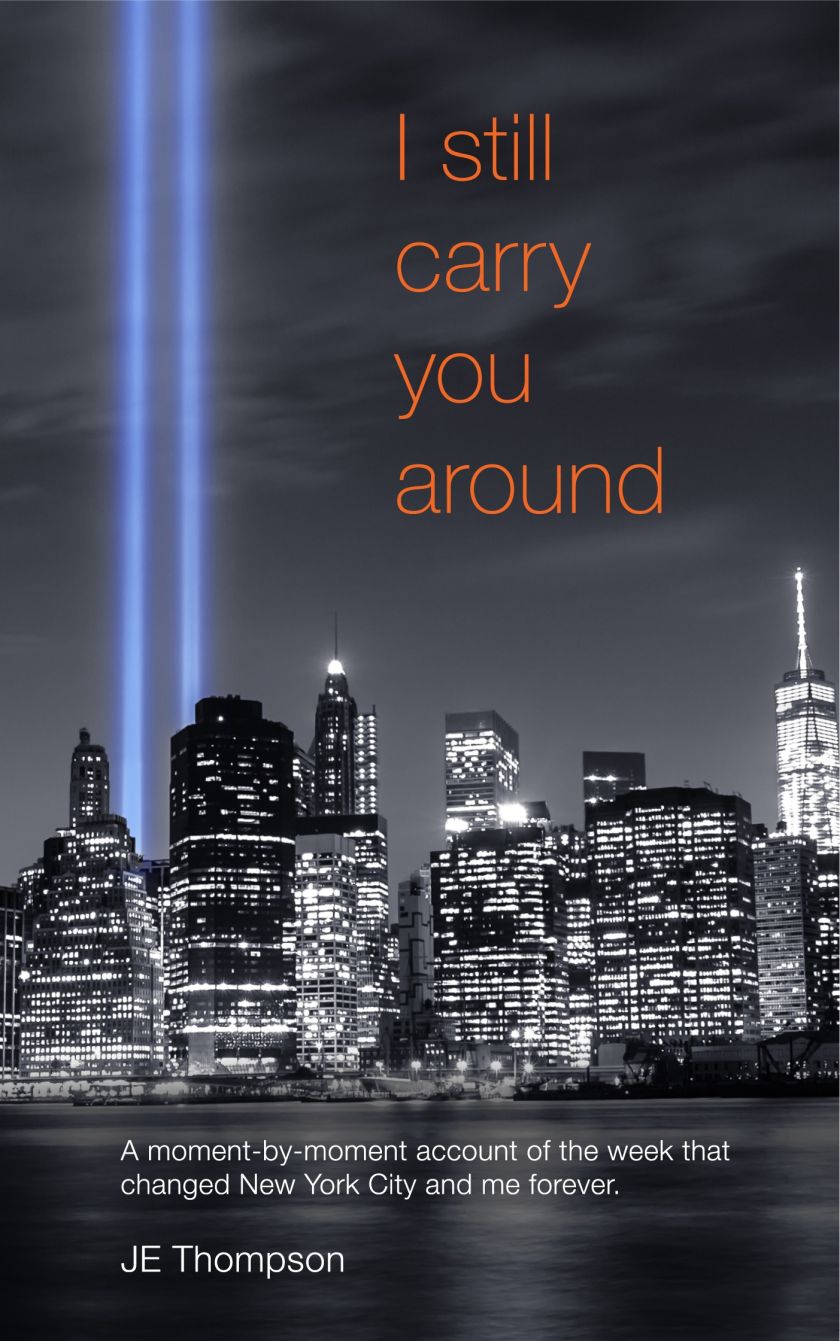 What was it like for the average, not-a-hero New Yorker to be caught up in the events of 9/11 and the days that followed? JE Thompson has documented the chaos and humanity that surrounded her and New York City in the new book “I still carry you around.”
In this compelling memoir, the author sat down every night that week in 2001 to detail her long days crisscrossing the island, volunteering at the Armory and circumnavigating Ground Zero. Then she stuffed the story away for 20 years, too raw for her to touch it. In 2021, she finally unearthed the manuscript to share her story in honor of the anniversary of the attacks. What follows is a personal documentary of a city in crisis after the September 11 attack on the World Trade Center.
“I started writing at the end of that very long and horrifying Tuesday and didn’t stop up until a week later, after I made a trip downtown and paid my respects to the Twin Towers,” said Thompson.
The official book launch date is November 2, 2021. Available for order on Amazon and Book Baby and also distributed via Barnes & Noble, iBooks, Amazon Kindle, Kobo, Baker & Taylor, Copia, Gardners, eSentral, Scribd, Ciando and Vearsa.
———————————-
Author Bio
JE Thompson is a born-and-bred New Yorker. She grew up in northern New York just 12 miles from the Quebec border. A week after college graduation, she bolted to New York City for a career in journalism. She put in a few good years in the publishing industry before transitioning to advertising, where she has worked at top advertising agencies with Fortune 100 clients like UPS, USPS, SAP, IBM, and many other acronym-adjacent companies.
She’s been a barmaid in London, a Corn Dog Factory manager, nursing home aide, legal proofreader, associate editor, freelance tech reporter, copywriter, content strategist and executive creative director — to name just a few of her roles. Thompson left New York in 2016, but still telecommutes to the city. She also runs writing workshops (www.wordswillflow.com) and is an Amherst Writers & Artists affiliate, certified to lead workshops in the AWA method, as described in “Writing Alone & With Others” by Pat Schneider, Oxford University Press.
Currently, Thompson lives in Sedona, Arizona. To this day she keeps a close eye on the NYC real estate market. New York has not seen the last of her.
Please contact JE Thompson for interview requests, review copies or further information about her story.
Source: JE Thompson, Author